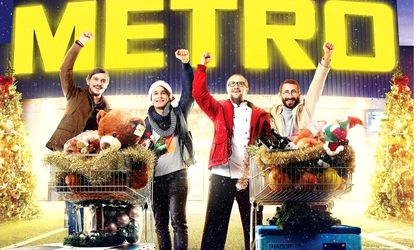 Retailer METRO has rolled out a special campaign with the help of Tempo Advertising agency targeting small business owners: they are the Christmas Champions and anyone can join them by discovering the best holiday offers.

Besides the TV communication, the campaign signed by Tempo includes online, radio and instore executions.

The TV spot was realized with Trilogy Film and directed by Iulian Moga.