Mercer study: Expat living in Bucharest is getting more expensive in 2014 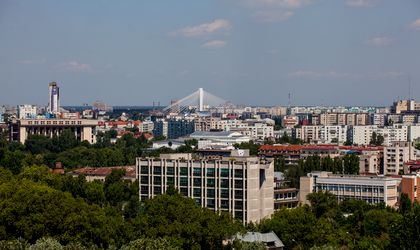 Bucharest ranks 159th among the most expensive 211 most expensive cities in the world for expatriates and the cost of living in the Romanian capital is higher this year than in 2013, according to a study by HR consultancy firm Mercer.

Most cities in Eastern and Central Europe, however, fell in the ranking as a result of local currencies depreciating against the US dollar. Prague (92), Almaty (111), and Minsk (191) fell nineteen, sixteen, and four spots, respectively, despite there being stable accommodations in these locations

Four European cities remain in the top 10 of most expensive cities. Zurich (5) is the most costly European city on the list, followed by Geneva (6) and Bern (8). Switzerland remains one of the most expensive locations for expatriates following the slight strengthening of the Swiss franc against the US dollar. Moscow (9) and St. Petersburg (35) dropped seven and twelve spots, respectively, due to a dramatic depreciation of the ruble against the US dollar.

Overall, Western European cities have all risen in the rankings mainly due to the strengthening of local currencies against the US dollar. In particular, cities in the United Kingdom and Germany experienced some of this year’s biggest surges in the ranking, with Glasgow (108) rising forty-nine places from 2013, while Aberdeen (94) and Birmingham (90) jumped thirty-four and forty-five spots, respectively. Munich (55) rose twenty-six places from last year, Frankfurt (59) jumped twenty-four spots, and Berlin (68) soared thirty-one places from its previous ranking.  Dusseldorf and Hamburg also rose significantly.

Other cities that jumped in the ranking include Paris (27), up ten places from last year, Milan (30), up eleven spots, Rome (31), up thirteen and Vienna (32) up sixteen spots.