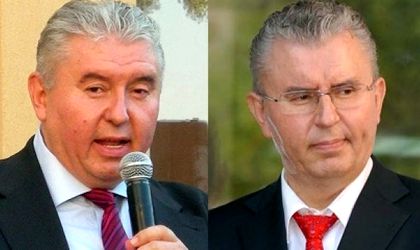 The European Commission has decided to send Romania to the Court of Justice of the European Union for failing to fully recover from Viorel and Ioan Micula and their group of companies the state aid they received illegally, worth up to EUR 92 million, in line with the Commission’s 2015 decision.

By an arbitrary decision in December 2013 (Micula/Romania) it was found that, by withdrawing an investment incentive scheme in 2005, four years before its scheduled expiry in 2009, Romania violated a bilateral treaty investment concluded between Romania and Sweden.

Romania cancelled the aid scheme as part of the EU accession process to comply with EU state aid rules in its national law.

The Arbitration Court ordered Romania to compensate the applicants, Viorel and Ioan Micula, two Swedish investors because they did not fully benefit from the scheme.

However, following a thorough investigation, on 30 March 2015, the Commission adopted a decision concluding that the amount paid by Romania as compensation to the two investors and their companies is in breach of EU State aid rules and ordered Romania to recover compensation from the beneficiaries.

In particular, the Commission found that by paying compensation to the applicants, Romania would grant them advantages equivalent to those provided by the incompatible aid scheme. EU State Aid rules require, as a matter of principle, the recovery of unlawful State aid in order to eliminate the distortion of competition created by the aid.

The deadline for Romania to implement the Commission’s decision was 31 July 2015 in accordance with the standard procedures, i.e. four months after the formal notification of the Commission’s decision. Until full recovery of the unlawful aid, the beneficiaries concerned continue to take advantage of an unlawful competitive advantage, which is why the recovery must take place as soon as possible.

Romania has already recovered some of the illegal aid from the Micula brothers. However, more than three years after the Commission’s decision, almost half of the initial aid amount has not yet been recovered and for now there is no prospect of full immediate reimbursement of the remaining aid. The Commission therefore decided to refer Romania to the Court of Justice for failure to implement the Commission’s decision in accordance with Article 108 of the Treaty on the Functioning of the European Union (TFEU).

Member States have to recover illegal State aid within the deadline set in the Commission’s decision, which is usually four months.