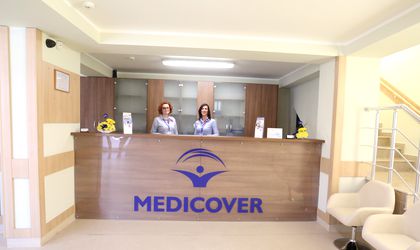 Medicover, the private healthcare operator from Romania, has entered on the Pitesti market by acquiring the medical center Doctor Luca, which had a turnover of EUR 1.5 million last year. The center was acquired from Telemedical Incorporated, registered in USA, which owned 59.5 percent from ghe capital and from the doctor Augustin-Bujor Batis, according to profit.ro.

The general director of Medicover Romania, Adrian Peake, announced last year that the operator has acquisitions plans for this year with a special budget from the owner, the Medicover group.

Doctor Luca was founded in 1999 and owns a polyclinc at Pitesti, an analysis laboratory and a recovery and prevention center. It had a turnover in 2015 higher by 9 percent than in 2014 and losses of RON 332,000.

Medicover aims to double the turnover in the next two years to EUR 100 million. The Medicover group registered in 2015 a turnover of 13 percent higher compared with 2014 up to RON 252 million.

This year the company has relocated and expanded the clinics from Ploiesti and Brasov and has opened a new clinic in Cluj and entered the market from Galati.

Currently, Medicover has a network of 18 clinics in Bucharest, Timisoara, Cluj-Napoca, Iasi, Ploiesti, Brasov, Galati and a generalist hospital in Bucharest.