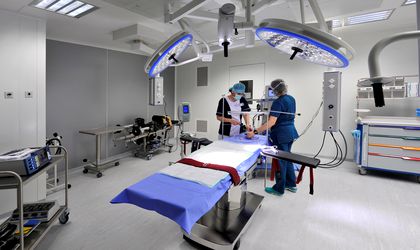 Medicover Hospital has been operational since January 26 and in the first month of activity it had 1,500 patients and reported a EUR 100,000 revenue. For the first year of activity the company estimates that the hospital will generate EUR 4 million in revenue.

The new medical facility hires 100 doctors and it features a surgery centre, two delivery rooms, two intensive-care units one of which is for newborns, a pediatrics department, 25 cabinets for various medical specialities and a medical imaging department. Medicover Hospital is located in the Aviatiei neighborhood, on 8, Pechea Street.

Other investments made by Medicover in 2011 include the opening of an advanced diagnosis center which required EUR 500,000 and the relocation of the Medicover Pediatrics Clinic in Victorie Square area. Since the beginning of the year another EUR 300,000 was invested in relocating the Medicover Clinic in Iasi.

As for future expansion plans, Medicover could open a second hospital on a plot of land in the Pipera area which was bought in 2010.

Present at the opening event, Jonas af Jochnick, main shareholder and president of  Medicover as well as founder of cosmetics company Oriflame and of Oresa Ventures, said that for now Medicover has no plans to invest in a second hospital, but as demand will go up in the years to come, the company will continue to expand locally.

Swedish Medicover has been present in Romania for 15 years. In addition to the recently opened hospital, it runs a network of 11 private clinics, 4 of which are in Bucharest and the rest in are Cluj, Constanta, Iasi, Timisoara, Ploiesti and Brasov. The private health services provider also owns the Synevo medical laboratories. In 2011 Medicover and Synevo reported RON 200 million in revenues on the local market.