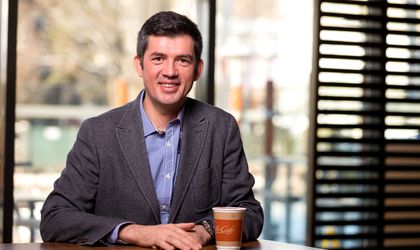 McDonald’s plans to expand the McCafé chain to 25 coffee shops until the end of the year and launches the first national communication campaign for this business line. The coffee chain network was developed following total investments of RON 7.5 million.

This year, McDonald’s opened four new coffee shops in Bucharest and plans to open another two in Brasov and Timisoara.

“The innovation was always part of the McDonald’s business and the McCafe chain, the biggest coffee chain from Romania, differentiates us on the fast-food restaurants market for six years. We believed since the beginning in the McCafe concept and the positive result that we received since the opening of the first coffee shop until now makes us decide to expand the coffee shops chain. Currently the McCafe chain represents 6 percent of the McDonald’s business in Romania and we’re proud of the 23 coffee shops in Bucharest and the most important cities from Romania,“ said Daniel Boaje, general director of Premier Restaurants Romania.

The first McCafe was opened in Romania on December 6, 2010.

McDonald’s has a network of 68 restaurants in 21 Romanian cities and employs more than 4,000 people.