Mastercard study: Bucharest is the European city with the highest growth of tourists’ number

Bucharest is the European city with the highest growth of tourists who stay over night, outrunning cities such as Lisbon, Berlin or Amsterdam, according to the Mastercard Global Index of Urban Destinations.

Bucharest attracted 10.4 percent more tourists in 2016 than 2009 and the preferred periods for travel are May-June and September-October. On the following positions in top cities with the highest tourists number are Lisbon (10.2 percent), Sofia (9.4 percent), Warsaw (9.4 percent) and Budapest (8.6 percent).

Mastercard has an experience of over a decade in the international destinations analysis and the manner in which tourists spend during their travels, and therefore launched the new Global Index of Urban Destinations.

The index is more than a hierarchy of the 132 destinations preferred by tourists in the present and on the medium and long term, it is based on the number of visitors and their expenses.  The analysis includes the development directions in 2017, a perspective over the cities with the highest growth rhythm from the tourism point of view and a more profound understanding of the manner in which people travel and spend at global level.

The number of tourists who stayed over night in 10 most wanted destinations increased significantly in 2016. For 2017, gains are expected across destinations, except New York, with the highest tourists’ number growth set to be recorded in Tokyo. 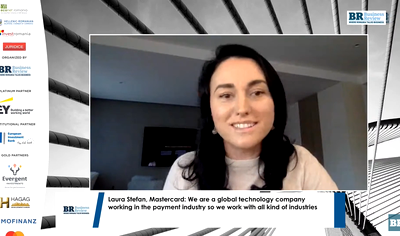 The growth in the number of tourists over night in all 132 analyzed cities exceeded the GDP by 55.2 percent since 2009 until now.