Mariza to hold a concert in Bucharest on November 19 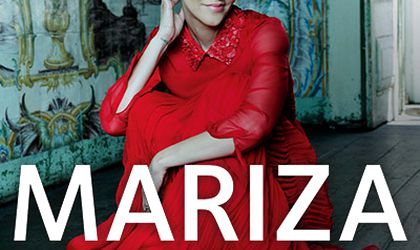 Mariza will hold a concert in Romania within the “Mundo”  tour, singing her singles from her latest album at Sala Palatului, in Bucharest on November 19, in a show that starts at 8 PM.

She was born to a Portuguese father and a mother of partial African heritage. While very young she began singing in a wide variety of musical styles, including gospel, soul and jazz. Her father strongly encouraged her to adopt fado; he felt that participating in the traditional music would grant her greater acceptance in the Portuguese community. Mariza has sold over 1,000,000 records worldwide and performed an impressive number of concerts.

Mariza is the artist with the biggest sales in Portugal’s musical history, being known as the new fado queen.

In 2004, the singer was awarded the prize of the Foreign Journalists Association in Portugal, but also the European Border Breakers Award.

During the Olympic Games in Athens in 2004, Mariza sang “A Thousand Years” in duet with Sting.

Now, she is again on an European Tour to promote her latest album “Mundo” released after a 5-year break.