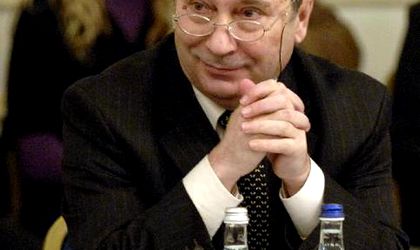 The Constitutional Court of Romania (CCR) decided on Tuesday that the law on CHF loan conversion is unconstitutional.

“The Court admitted the exception of unconstitutionality and admitted that the law is unconstitutional at least for two big reasons. The first is the serious breach of the principle of bicameralism, meaning that, from the legal proposal that started at the Senate and to the act adopted by the Chamber of Deputies there is a substantial difference. The Senate adopted the law in the form its initiators drafted it, and at the Chamber of Deputies in practice, all legal solutions, all articles were amended.

According to our constant practice, when (…) solutions of substance are changed, it means that the principle of bicameralism was breached,” CCR head Valer Dorneanu announced after Tuesday’s meeting.

According to him, the fact that the Chamber of Deputies has decision-making powers, does not mean that it can adopt the law “in a way that is its own only,” as there is a need to take into account also the expression of texts adopted in the first Chamber.

Dorneanu also said that the reconversion solution adopted by the Chamber of Deputies at the time the contract was closed was faulty and does not correspond to several EU directives.

The Ciolos government contested last year at the Constitutional Court of Romania (CCR) the draft law adopted by the Parliament on the conversion of CHF taking into account the foreign exchange course valid on the day. Then-PM Ciolos said the Government was contesting the law at the CCR because it was necessary to clarify some aspects, and not because he was against it.