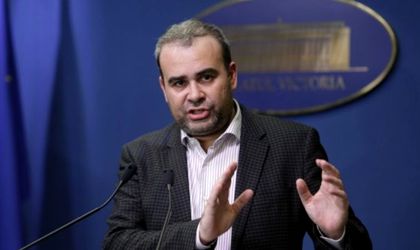 Darius Valcov, a major ally of the former PSD head Liviu Dragnea and the main economic adviser of the Romanian PM Viorica Dancila, resigned on Monday, according to media reports.

Valcov, a former mayor of Slatina (southern Romania) and Finance minister, is considered a key-author of PSD’s governance programme and of some controversial measures such as emergency decree (OUG) 114/2018, which introduced several controversial provisions including an asset tax for banks, also known as the greed tax.

He was convicted to eight years in prison for corruption but the sentence was appealed.

The decision came one week following the conviction in jail of  Liviu Dragnea, the most powerful politician in Romania.

Many major politicians from Romania’s ruling social democratic party (PSD) are being removed from their leadership positions in an attempt to salvage the image of what until recently was the country’s largest political organisation.

Those who had close political ties and friendships with Liviu Dragnea, the most powerful politician in Romania, who was jailed at the beginning of the week, are now being “hunted” and forced to resign from all their party leadership roles.

The first head to roll as part of this move was of that of PSD’s General Secretary Codrin Stefanescu. He will be replaced by Rodica Nassar, who is close with Bucharest mayor Gabriela Firea and has not been at the forefront of PSD politics so far. Codrin Stefanescu was one of Liviu Dragnea’s biggest supporters, having backed all of his decisions, which were more or less made with a personal political interest.

PSD’s interim president and prime minister Viorica Dancila also announced that she would cut ties with Anca Alexandrescu, who until recently was a communications advisor, removing her from both her government and PSD roles. Alexandrescu had been appointed to those positions by Liviu Dragnea.