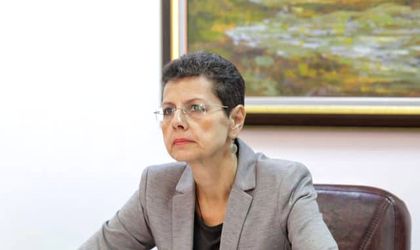 The Superior Council of Magistracy (CSM) has issued a negative opinion on the prosecutor proposed by Justice minister Tudorel Toader to lead the Anti-Corruption Agency (DNA), Adina Florea.

Florea was heard today by the Prosecutors’ Section of the CSM for over three hours. The motivation for the negative opinion will be sent to the Justice Ministry in due time, according to a statement by the CSM.

Adina Florea spent a large part of her hearing criticizing the actions of former chief prosecutor, Laura Codruta Kovesi, as well as the DNA’s general practices, claiming that the institution was closed off and did not have a proper collaboration with other courts and that internal communication was a weakness for the Agency. She also said that the DNA should not investigate cases of abuse in office, which should be handed off to other types of courts, as they are not in the category of high-level corruption, which should be the DNA’s main interest.

The Justice minister is not required to take the CSM’s opinion into account, as it is only advisory. Tudorel Toader said repeatedly that he will send the proposal to president Iohannis regardless of the opinion provided by the CSM.

The final decision on the new DNA leadership will be taken by President Iohannis.