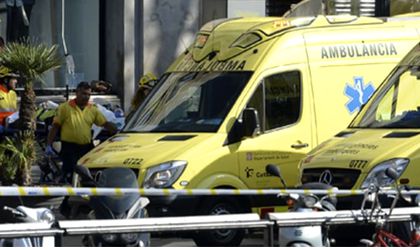 Three Romanian citizens are among the 100 injured in the terrorist attack that took place in the center of Barcelona on Thursday evening, said the Romanian Ministry of Foreign Affairs (MAE).

The Romanians are in hospital, in a stable condition, added the MAE.

The Spanish police force have arrested two suspects in relation to the terrorist attack, while the driver of the van that rammed into a crowd of people in the busy Las Ramblas area is still on the loose. Terror group ISIL claimed responsibility for the attack.

In a separate incident, the police killed five attackers in the town of Cambrils, south of Barcelona. Six civilians and one police officer were hurt when a car drove into people in the Spanish seaside resort of Cambrils, according to Al Jazeera, which quoted local media reports. This incident was also treated as a terrorist attack

The police are investigating whether there is a connection between the two attacks.

Romania’s PM and president expressed their solidarity with the Spanish people following the attack.

„I strongly condemn the terrorist attack in #Barcelona. My condolences to the families of the victims. Solidarity with #Spain,” tweeted president Klaus Iohannis.

Meanwhile, PM Mihai Tudose reacted on his Facebook page: “In these tough moments, we express our regrets towards the tragedy in Barcelona and we are carefully looking at the evolution of the situation.”

The PM added that a crisis cell was created at the Romanian Embassy in Madrid and that “our thoughts and prayers go to those in Barcelona and their families.”