Macedonia agrees to change its official name to end dispute with Greece, but deal still uncertain 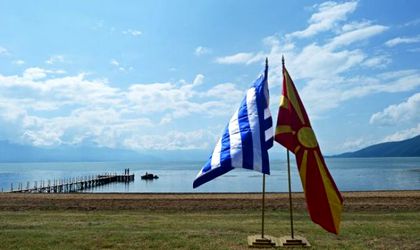 Greece and Macedonia have put a stop to three decades of dispute as they agreed on a new name for the former Yugoslav republic, paving the way for its possible admission to the EU and NATO, Reuters reports.

The two countries have signed an accord to rename Macedonia into the “Republic of North Macedonia”. This sparked large, angry protests on both sides of the border, as the deal was seen as a national sellout by protesters.

The agreement requires approval of both parliaments and a referendum in Macedonia, therefore it is still an uncertainty. The Greek public is largely opposed, as a recent poll has showed that about 70 percent of Greeks object to the name compromise. Macedonia’s president has also vowed to block the deal.

After the break-up of Yugoslavia in 1991, Greece’s northern neighbour took the name Macedonia. Greece refused to accept it, saying it implied territorial claims over the Greek province of Macedonia and an appropriation of ancient Greek culture and civilization. The dispute has continued since.

Due to the name disagreement, Athens had blocked Macedonia’s entry into the EU and NATO, but if this deal passes it must lift its objections. Russia is also against the deal, knowing it probably means that Macedonia will join NATO as a result. “Given recent allegations of Moscow’s involvement in other elections and referendums, this will be a real concern for NATO and the EU,” said James Ker-Lindsay, professor of politics and policy at St Mary’s University in London.