Social Democratic Party (PSD) leader Liviu Dragnea was interviewed on Antena 3 channel for the first time after the protests on August 10 in Victoriei Square to clarify his position on various matters. The most important message is that he will not replace prime minister Viorica Dancila.

From the beginning of the interview, Liviu Dragnea accused big corporations that they are financing the protests because they want to be active in Romania without paying the taxes imposed by the state. ”Some multinationals, some banks. They want to externalize the profit so they will not pay taxes,” says Dragnea.

The second person he accused is the president of the country, Klaus Iohannis, “the number one cyclist of Romania” as Dragnea described him.  He also said that Iohannis is the head of a movement determined to take him out. ”I had death threats. There was an attempt to kill me last year. Four foreigners came and stayed an Athenee Palace, they got close to me, but I was fine, I got away. They were paid by a man who is very famous in the world. Soros? I don’t think about him, but he thinks about me” said Dragnea.

During the protests on August 10, Liviu Dragnea says that he was in seaside resort Neptun and watched the protests on TV. “I did not get any information from the secret services, none. SRI gives all the information to the president, and they inform others selectively,” says Dragnea.

“What I saw was a failed coup d’état. This is what they wanted, this is what they talked about on social media platforms. And it was there, live on TV. What Iohannis did with that message on Facebook was irresponsible, to discourage gendarmes that were acting according to the law and to incite to violence while that woman gendarme was almost lynched…  Orban (the president of PNL – n.red.) and others from PNL and USR started to enquire about gendarmes but said nothing about the fact that the protesters wanted to set fires in the square. That they were organized as a paramilitary unit. This is what I saw, a coup d’état,” says Dragnea. 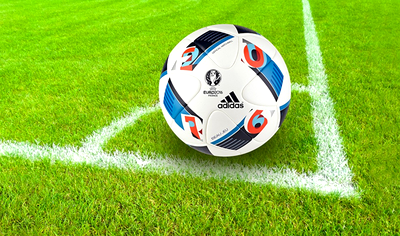 The head of the PSD is convinced that the gendarmes acted legally and there was no disproportional intervention. He also thinks that Iohannis and PNL like violence and this is the way they want to impose their own government. He claims all the people in Victoriei Square were brought by ”somebody”, while the diaspora thing was just a scam.

”If we want to suspend the president, we will suspend him. I would like to but I will see what Mr. Tariceanu wants,” says Dragnea.

Regarding the rumors that Viorica Dancila is about to be removed from her position and Eugen Teodorovici is one of the new candidates for the job, the PSD head said that he has no intention to make such a move. ”This cabinet will not leave because Iohannis wants it to”, said Dragnea, who also added that Dancila will be PM until 2020 because ”she is very good”.

”There are 21 big projects, made in public-private partnership, of which 5 are already talked about and other 8 are approved by the Government. That includes the big hospital-city we’ve been talking about building”.

For the rest of the 8 projects, the details are still to be laid down, says Dragnea. He also said that all the big projects, such the Pitesti-Sibiu or Brasov-Ploiesti motorways, are blocked by the bureaucracy in state institutions. ”This must change, that is why I have asked Ms. Dancila to identify the obstacles for these projects; it is inadmissible to wait years for some papers and to see the project being sent from one institution to another”, says Dragnea.