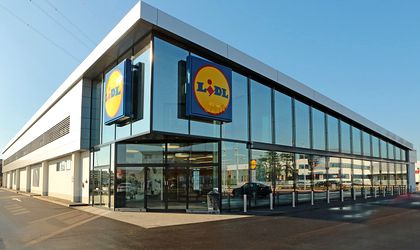 Lidl is consolidating its position on the Romanian market, having opened over 15 stores this year, in cities like Timisoara or Bucharest, but also in smaller towns like Calarasi or Valenii de Munte.

The last two openings programmed for this year will take place on December 21, in Constanta and Tulcea. By the end of 2017, Lidl will have 220 stores open in Romania.

Each new Lidl unit carries out the company’s strategy of offering Romanians the best quality, locally sourced and reasonably priced products every day.

All the stores open by Lidl in 2017 are aligned with the sustainable development goals to which the retailer has committed through its social responsibility platform Pentru un viitor mai bun (For a better future).

In October 2017, Lidl Romania opened its first store featuring a green roof, in Constanta, as part of his sustainability and environmental protection strategy. Over the last year and a half, Lidl upgraded and optimised almost 200 of its older stores, in order to be more environmentally-friendly.

Frank Wagner, President of the Board at Lidl Romania, stated: “2017 was a very good year for us, and has brought us even closer to our clients throughout the country. We’ve tried to anticipate their needs and expectations not only through the products we put on our shelves, but also by building several special stores, optimised after the particularities of the areas they were built in. Furthermore, we’ve also opened units built after an updated design concept, which is aimed at improving our clients’ shopping experience and creating a work environment that responds to our employees’ needs”.

Lidl has also started work on its fifth logistics centre in 2017, in Codrun, close to the city of Roman, which will ensure the supply for Lidl’s network in the Moldova area.