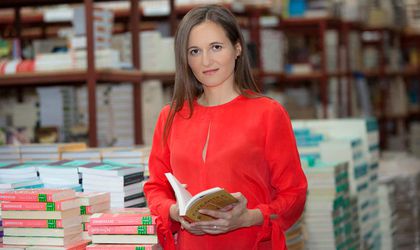 Libris.ro, the biggest online book retailer in Romania, recorded Black Friday 2018 sales of RON 1.6 million and for the second year, a Romanian author – Petronela Rotar –  was at the top of sales.

The cumulative value of the discounts offered by Libris.ro during Black Friday 2018 was over RON 500,000. Discounts up to 97 percent were offered to 85 percent of the titles available on Libris.ro, including music, games and reading products. Like last year, the largest customer segment was represented by women.

Thus, 75 percent of the people who arrived on the site on November 16 were women, and most orders (70 percent) were made by the age group 25-44 years.

67 percent of total traffic was the source of mobile devices, where most orders (52 percent) were also made, up from the previous year, when 40 percent of orders came from mobile devices. The average value per order increased by 20 percent. The largest order came from Slatina, Olt County, and included 442 books worth RON 4,011.

The second largest order was placed in Bucharest and contains 245 products (books and CDs), and the top 3 ends with an order of 230 products placed in Campina, Prahova County. Overall, the most orders were made from Bucharest, followed by Cluj, Iasi, Timis and Brasov. 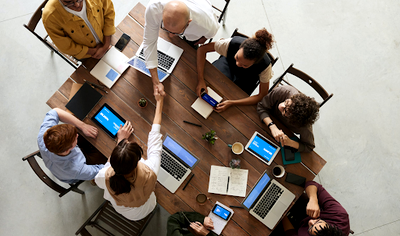 ”We estimate that the orders placed by Black Friday will be dispatched by Tuesday. Much of it has been processed and handed over for delivery on Friday and Saturday. This helped us move to the new warehouse that, in addition to the 3 million storage capacity, allows processing of a triple order, up to 10,000-12,000 daily. We wanted the move to be completed before Black Friday, precisely to keep the delivery time our customers have grown accustomed to,” says Laura Teposu, founder of Libris.ro.

Books from the Fiction, Children, and Personal Development categories were the most sought after by Libris.ro customers. In total, over 73,000 volumes were sold.

For the second year, the Black Friday sales were headed by a Romanian author, Petronela Rotar. If last year the Orbi novel was the most ordered, now another title of the author was attractive to Libris.ro customers – Privind Inauntru.

The top 10 sales on Black Friday

Of the total of orders, 2,000 also included donations adding up to USD 8,500 to Save the Children.

Libris.ro completed its new book warehouse in October, the construction of which began 12 months ago. The investment was nearly EUR 4 million. The surface of the new warehouse is 5,000 square meters, three times larger than that of the former warehouse, and allows for a constant stock of more than 3 million books, as well as other products on the site: music, games, toys and other items which completes the reading experience. Also, software investment allows processing of 10,000-12,000 orders per day.

MerchantPRO: New record growth in eCommerce in December: +99 percent vs the last...