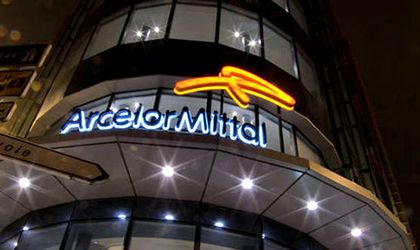 British-owned Liberty Steel, which recently agreed to buy Galati steelworks in Romania, is set for another major expansion of its steel production capacity in continental Europe following a conditional agreement announced today to acquire three more plants in Belgium and Luxembourg from ArcelorMittal.

Liberty, part of Sanjeev Gupta’s global GFG Alliance, has struck a conditional agreement to buy the Flemalle and Tilleur sites employing a total of 720 people near Liege, Belgium and the 225-worker Dudelange, Luxembourg facility.

This reinforces the Group’s growth plan for Europe that it had reached conditional agreement with ArcelorMittal to acquire the major integrated works at Galati, along with Ostrava in the Czech Republic and mills at Skopje in Macedonia and Piombino in Italy. In total these plants employ 12,500 with Galati alone employing around 5,600 people.

Both deals are subject to approval by the European Commission and other local processes including the conclusion of information consultations with local and European Works Councils.

Similarly to the plants in eastern Europe and Italy, the sites at Liege and Dudelange are profitable assets that will further consolidate Liberty’s growing presence in continental Europe. This already includes the Liberty Wheels France plant at Chateauroux and, following the imminently anticipated completion of its acquisition from Rio Tinto, will also include Europe’s largest aluminium smelter at Dunkerque.

Liberty aims to retain all jobs across all of the ArcelorMittal sites following completion of the deals and to pursue growth plans for these businesses.

“These are high quality, landmark assets with skilled and experienced workers that will add to our strong and growing European network of high-performing steel businesses. We are looking forward to welcoming these sites into the worldwide GFG fold. Our aim will be to develop close working relationships with respective governments, trade unions and other local stakeholders in all of these countries and improve the value of these assets that are important for the regional and national economies,” executive chairman of the GFG Alliance Sanjeev Gupta said.

The latest three sites constitute the second part of a total package of site sales ArcelorMittal agreed with EU competition regulators to clear the way for it to purchase Italian steel giant, Ilva, Europe’s largest producer of flat carbon steel.  Liberty has worked closely with ArcelorMittal to prepare a transaction that satisfies the demands of the EU Commission and creates a secure future for these businesses within the GFG Alliance.