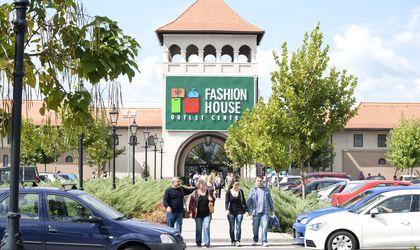 ” As the local retail market evolves, the leading international and local brands need a professional solution to optimize stock and make additional profits. FASHION HOUSE Outlet Centre Bucharest is the only solution of this sort in Romania and, through the collaboration with top-tier brands, we will continue to support our partners and consolidate the centre’s position as the best value-for-money shopping destination for fashion lovers,” Brendon O’Reilly, managing director of the group.

Levi Strauss & Co. is one of the world’s largest companies in jeans production. The company was founded in 1853, in San Francisco, California, USA and has become an icon for the authentic American fashion style, being present in over 110 countries all over the world. In Romania, Levi’s operates in 8 stores and plans to open another 3 units in 2017 (including the outlet in FASHION HOUSE Bucharest). The new Levi’s outlet store, with a shopping area of 156 sqm, is scheduled for opening in March.

Motor Jeans is the international denim clothes manufacturer that  became one of the country’s most popular jeans brand. The company has a history of several decades and entered the local market in 1992, where it now operates a network of 10 stores. The 173 sqm Motor Jeans unit within FASHION HOUSE Bucharest, to be opened in January 2017, will be the brand’s first outlet store in the country.