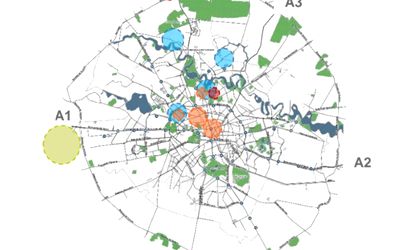 The land market in Bucharest recorded combined deals of 110 hectares in 2016, up 114 percent versus the previous year, while the value of the transactions gained 41 percent to EUR 127 million, according to real estate consultancy Cushman & Wakefield Echinox.

Most of the demand was generated by the residential sector, as several investors have started work on projects in northern Bucharest. The logistics players were interested in buying land in western Bucharest, close to the Bucharest-Pitesti highway.

Last year, the biggest land acquisition was made by Vastin, which took over 48 ha in Baneasa area for the developed of a mixed-use project that will have a strong residential component. Elsewhere, One United and Auchan took over the land of the former Automatica plan in Floreasca area. The developers want to invest in another mixed-use project that will have residential, office and retail components.

According to the consultancy, One United was the most active buyer of land in the city as it looks to develop new residential projects targeting the medium-high segment.

Residential demand in the northern part of Bucharest remains high, if we look at the data of the National Institute of Statistics, which shows that only 380 new homes were delivered here, out of 3,838 units finished across the city.

“We expect this year to see an growing activity among office developers, on the back of the new projects stock that is quite limited for the 2019-2020, but also for the retail segment in Bucharest which has proven that it can absorb new spaces, be it individuals boxes, retail parks and even malls,” said Alexandru Mitrache, commercial land development at Cushman&Wakefield Echinox.