Klaus Iohannis: I support the activity of DNA and its chief prosecutor 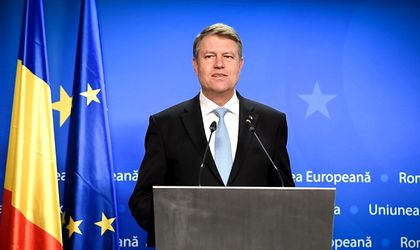 Klaus Iohannis told journalists today, before a meeting of the European Council, that he continues to support the activity of the National Anti-Corruption Agency (DNA) and its chief prosecutor, Laura Codruta Kovesi.

“I’ve repeatedly said that the DNA does a good job and its management does too, and what I heard last night did not change my opinion”, said Iohannis. He added that the discussion he had with Justice Minister Toader earlier in the week did not include this topic, and instead was a discussion focused on principles.

Iohannis also said that he will use all his constitutional prerogatives to defend the independence of justice.