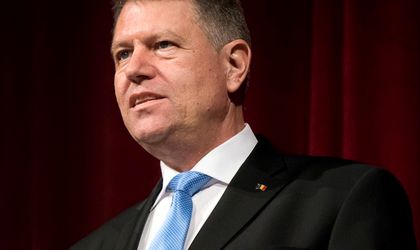 According to President Klaus Iohannis, education will play an important component of Romania’s country strategy. Speaking at the Carol I National College in Campulung Muscel, the president said he hoped to be able to present the project next year.

The country project aims to convey “where we want Romania to find its place in the EU,” as well as the ways to get there. “An educated Romania is the way towards the future of Romania. Without an educated generation one cannot build the future,” Iohannis told pupils in the audience.

The Presidential Administration announced last week the make up of the commission that will draft the country project. According to the President’s spokeswoman, the country project “will be a political document” that will include objectives, clear targets that will show the way Romania must develop and how the country must modernize further, and establish the country’s position in the EU. “We cannot talk about the overlapping of this project with other strategies, with governing programs, because that is not the purpose of this country project. It is a medium and long term project (…) but each party will have the possibility, thanks to their being represented in this commission, to promote their own ideas,” Madalina Dobrovolschi said.

According to Dobrovolschi, the commission will hold monthly meetings and is expected to finish the project next year.