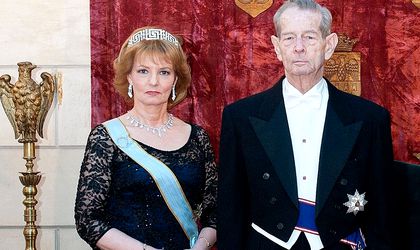 On May 10 we celebrated 150 years since the Royal House of Romania was established, more precisely when German Prince Karl von Hohenzollern-Sigmaringen (Carol I) first arrived in Bucharest and started his reign as Ruling Price of Romania on May 10, 1866. Business Review talked with Iren Arsene, the director general & cofounder at Curtea Veche Publishing, who also coordinates an entire series of books dedicated to the Royal House and the Royal Family.

In the current socio-politico-economic context, which is the role of a Royal House?

The Royal House is a benchmark in a world marked by unnecessary disputes stretched for a long time. Maybe we shouldn’t start at the beginning of every four years to political struggle ineffectiveness. Monarchies are generally more prosperous than the republics. The Royal House is nowadays a sign of stability, a powerful symbol and brings balance in society.

What do you think it means the Royal House of Romania for Romania? But for Europe?

The Royal House of Romania, through its 150 years of existence, is one of the oldest institutions. Monarchy meant for our country a modern state, the best and most flourishing period, a landmark for welfare and openness.

We associate The Royal House with genuine values, with the idea of meritocracy, hierarchy, with a state of settled things, because it operates on some well-established principles and rules that have remained the same, without suffering unnecessary changes. Stability is needed, it takes decency. Meanwhile, a Royal House of Romania means a greater recognition in Europe, an active, continuous and welcomed representation, which meets the nowadays needs.

Romania was a monarchy from 1881 until 1947 but the Royal House of Romania started in 1866 when Carol I was proclaimed Prince of the Romanian United Principalities. He was later proclaimed king in 1881. The forced abdication of King Michael, in December 1947, was the end of monarchy in Romania. Our country is currently a republic. King Michael of Romania, now 95, is seriously ill. His eldest daughter Princess Margareta, is currently the keeper of the Crown.

Recently, Romanian Institute for Evaluation and Strategy (IRES) has conducted a study for Sinteza magazine to find out how popular the monarchy restoration idea in Romania is. According to their data, about 21% of the respondents would choose monarchy as a form of government in Romania, if a referendum will be organized.

Romanians think that the Royal House should be more involved in the country’s public life: 17 percent of the respondents believe the institution should involve in legislation issues, 10 percent consider the Royal Family should be better known, while 6 percent believes that they should support charities.

When it comes to international relations, 85% of those who have heard about the Royal House believe that the institution is in good relations with Europe and other Royal Houses. They also believe that the relationship between the presidency and them is considered good, namely by 73 percent of the respondents.