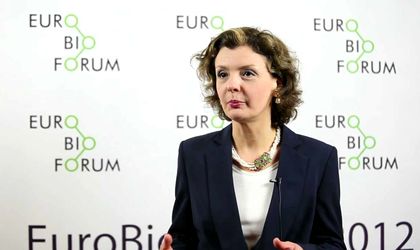 The European Commission, the executive arm of the EU, has announced on Wednesday the appointment of four new deputy directors-general. Among them, there is a Romanian.

Ruxandra Draghia-Akli, who has been working for the EC since 2009 in the Research & Innovation department, will get a senior role within the European institution.

Draghia-Akli has spent nearly 20 years as a medical doctor and researcher in Romania France and the US.

She had previously worked as vice-president of research at a biotechnology research company (VGX Pharmaceuticals and VGX Animal Health).

In the Commission, the Romanian is currently director health in DG Research and Innovation. She is managing some 150 people and a budget of around EUR 1.3 billion yearly.

Draghia received an MD from Carol Davilla Medical School and a PhD in human genetics from the Romanian Academy of Medical Sciences. She has also completed a doctoral fellowship at the University of Rene Descartes in Paris and a post-doctoral training at Baylor College of Medicine, Houston, Texas, USA, and served as faculty at BCM, according to her CV.

Draghia-Akli will start working in her new role of deputy director-general of DG RTD as of September 1. The other three people will assume their new positions at the same time.