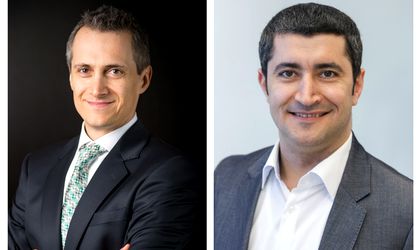 Raiffeisen Bank Romania has appointed Mihail Ion as CFO and Bogdan Popa as Operations, IT Division head. The move comes after the departure of former vice-president of Operations and IT Division Carl Rossey. Previously, Bogdan Popa served as CFO and head of Financial Control and Accountancy Division, while Mihai Ion served as executive director for medium-sized corporations and the public sector.

“I am happy that our shareholders too appreciated the quality of our management team and the fact that we have colleagues prepared to take over at any time key management positions. Both Bogdan and Mihai have been in the Raiffeisen team for over 15 years, know the bank well, have headed with success directorates, divisions or subsidiaries, identify with our values, come with energy and ideas for the upcoming years,” Raiffeisen Bank CEO Steven van Groningen said in a statement.

Bogdan Popa joined Raiffeisen Bank in April 2002 and one year later became head of the Balance Sheet and Portfolio Management Department, within the Division of Treasury and Capital Markets. In 2007 he took over leadership of the Direction of Financial Control and Accountancy. In 2012, Popa is appointed CFO.

Mihai Ion joined Raiffeisen Bank in February 2002 as manager of the research division of the Treasury and Capital Markets Division. In 2005 he is appointed President&CEO of Raiffeisen Asset Management, a position he has occupied for 10 years. In 2015 he became executive director in the Corporation Division and was in charge of medium corporations and public sector.