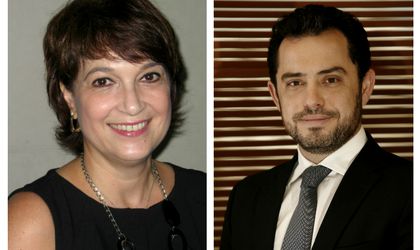 Gabriela Matei is the new general manager of Microsoft Romania starting July 1, the company has announced.  She replaces Kostas Loukas, who moves on a new position within the Central and Eastern Europe (CEE) organization of Microsoft. In her new function, Matei will report to the president of Microsoft CEE and at the same time, she will be a member of the executive board of Microsoft CEE.

Starting with January 2014, Gabriela leaded the operations of Microsoft Romania for the SMEs segment, as well as the partners ecosystem by which Microsoft capitalizes its offer on the local market, an ecosystem that presently has 1,700 active partners. Between 2012 and 2014 as a cloud director, she established and implemented the cloud strategy of Microsoft Romania.

Before joining Microsoft Romania, Matei had worked for Vodafone Romania  for over 15 years, where her last position was that of CCO, enterprise unit position, being a member of the Vodafone Romania board. She graduated the Polytechnic University from Bucharest.

“I’m honored by this opportunity. We live extremely interesting times, when the world, and even our lives take new dimensions by technology, which has a direct impact on the way we work, we communicate and we see the challenges of the future. At Microsoft we have the opportunity not only to assist the digital transformation, but also to be part of it. The new role will offer me the chance to contribute to the acceleration of Microsoft strategy in Romania and I have the faith that the impact that technology might have in the growth of competitiveness of the Romanian business environment,” says Gabriela.

Loukas, who headed Microsoft Romania for the past three years. During his mandate, Microsoft had a growth of 22 percent , the consumer segment being the main contributor of this growth. Also the revenues generated by cloud tripled and his contribution to the turnover grew to several percentages above 30.