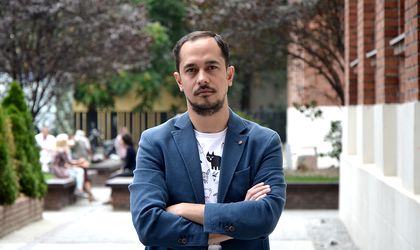 Eugen Suman has been appointed the new executive creative director at MullenLowe Romania.

”During one of our long talks, I had a moment of wow after realizing how many things we actually have in common: we appreciate honesty, love advertising, can’t live without humour, and are firmly convinced that the best and happiest people deliver the best ideas for the happiest clients. We even share a DNA which is slightly bold. And, most importantly, we both have the ambition of turning our clients into winners. With this spirit we hit the road together with confidence, a road that will be, for sure, intense, sweaty, funny and never boring,” says Hortensia Nastase, vice-president creative services at Lowe Group Romania.

He is constantly invited as a jury at festivals like ADC*Europe, Golden Hammer, New York Festival, AD*STARS Asia or Effie. Currently he is in full mandate as a President for ADC*RO, Art Directors Club of Romania.

Before joining MullenLowe Romania, Suman was creative director for one of the biggest digital agencies in Romania, after previously gathering regional experience within this role in advertising agencies from Prague and Bratislava. In 2013, Jandl, where Suman led the creative team, was awarded Agency of The Year and second best agency from New Europe at Golden Drum, and Suman was awarded the second best Creative Director from Slovakia. A year before, he was named the 4th best copywriter in the world, according to Luerzer’s Archive.