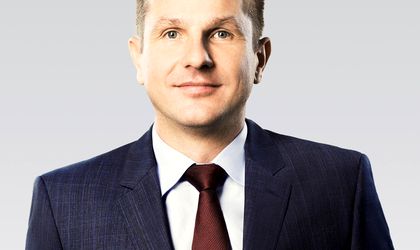 Serban Roman has been promoted to vice-president at private equity firm Enterprise Investors. Roman joined EI in 2008 as an analyst and he was promoted to investment director in 2010 and to country director for Romania in 2015. He will continue to coordinate the investment firm’s activity in Romania and will also be in charge of deal development.

Roman is a member of the supervisory board of Noriel (toys retailer), Profi (retail chain) and Macon Deva (construction materials manufacturer). Before joining EI, he worked for Ernst & Young and for the M&A division of Unicredit. He graduated from the Romanian Academy of Economic Studies and is a member of ACCA (Association of Chartered Certified Accountants).

Enterprise Investors is a large private equity and venture capital firm in Central and Eastern Europe. Active since 1990, the firm has raised eight funds with total capital exceeding EUR 2 billion. These funds have invested over EUR 1.7 billion in 136 companies across a range of sectors.