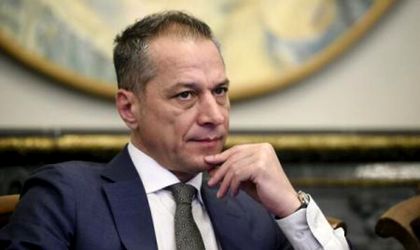 Enache Jiru, the former Public Finance state secretary, who was dismissed by Mihai Tudose in October, has been appointed counselor of BNR Governor Mugur Isarescu.

Jiru started his career in 1990 as economist of the Financial Administration of the Bucharest’ district 2 (1990-1991) and afterwards he was hired at BNR (1191-1997). In 1998 he joined BNP Dresdner Bank Romania as Treasury director and in 2000 he was appointed vice-president of CEC Bank. A year later he joined the Finance Ministry to manage the state’s Treasury.

In 2004 he was appointed bank president of the Savings and Registrations Office, but he was replaced a few months later by Eugen Radulescu after the instauration of Calin Popescu Tariceanu government.

Later, Jiru was vice-president of Energy Holding and in 2012 he was appointed state secretary of the Finance Ministry and head of Treasury.