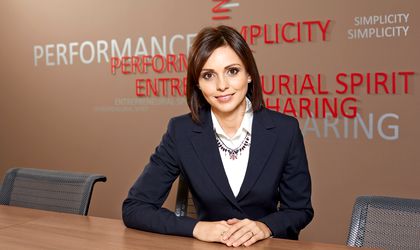 Sintejudean is a graduate of the Babes Bolyai University in Cluj Napoca with a diploma in Anthropology. She completed a Master’s degree in Strategic Management and Business Communication at the National School of Political and Administrative Studies and has later on obtained a Professional Certificate in Management at the Codecs Open University.

Edenred Group is an international provider of vouchers and prepaid cards for companies in the extra-salary benefits domain. Edenred is currently active in 42 countries and has an annual turnover of EUR 18.3 billion.

Edenred Romania has over 35.000 client-companies and one million users for Ticket Restaurant meal vouchers and cards, gift vouchers and prepaid cards for professional expenses.