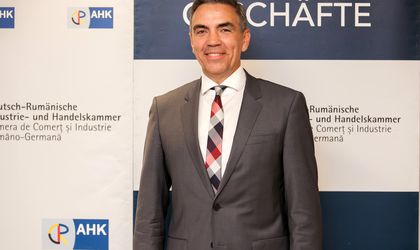 Dragos Anastasiu, the president of Eurolines Group, was named the new president of Romanian-German Trade and Industry Chamber during the general meeting AHK Romania. He is replacing Radu Merica, whose mandate has expired.

Anastasiu was chosen in the Board of Directors of AHK Romania in June 2011 and since then hehas been constantly involved in the activity of the organizatin,

He says that the association aims to “intensify the good Romanian-German economic relationships and our task is to support the German and Romanian companies on entering the Romanian, respectively the German market. I take with pleasure the new role and I will continue to dedicate myself to the projects of Romanian-German Trade and Industry Chamber.”

Anastasiu becomes the third president of AHK Romania, founded in 2002, after Karl-Josef Baum and Radu Merica.

Also, in the board of directors there are some new members: Iuliu Cadar from Autonet Import, Wargha Enayati from Versa Puls Media, Daniel Metz from EBS Romania and Cristian Secosan from Romelectro.

Lorand Fabian from Geiger Group Romania was realected and  Ludger Thol from Lupp Projekt Transilvania, whose mandate expired, left the board of directors. The new vice president is  Juan Gruben from Commerzbank.