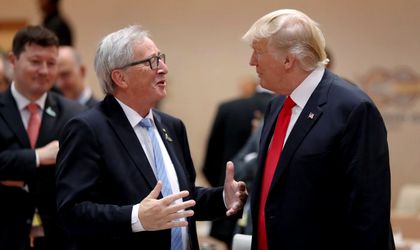 European Commission president European Commission is set to travel to Washington to meet US president Donald Trump on July 25. The visit comes amid strong tensions, which heightened last week at the NATO summit in Brussels, and come on the existing background of the ongoing ‘trade war’ between the US and the EU.

As part of Trump’s protectionist crackdown on trade, the US president branded the EU a “foe” of the United States.  “I think the European Union is a foe, what they do to us in trade. Now you wouldn’t think of the European Union, but they’re a foe.”

The July 25 meeting at the White House has on the agenda talks on security and economic matters.

The US president has triggered a nascent trade war with the EU after it imposed steel and aluminium tariffs on exports to the US. Moreover, the US president also said that Europe treats the US in a “very unfair” manner when it comes to trade. In addition, it has also criticised the bloc on other issues such as construction of a new gas pipeline connecting the EU to Russia and the Iran nuclear deal.

The EU has answered back by imposing its own tariffs against US goods. To this, Trump reacted by  suggesting further charges on European goods, such as cars, which could be implemented.