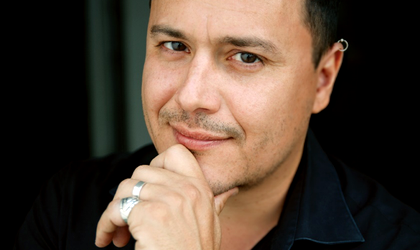 Jorg Riommi, chief creative officer at Publicis Romania, is part of the 23rd edition of the Golden Drum Festival jury, in the Best Practice section. The festival represents one of the most important competitions in the world in the advertising industry for CEE and Middle East.

„I am expecting to see very interesting works from a region that becomes a stronger and stronger creative reference and renowned internationally, where impossible things become possible. There is a strong creative energy in the South East Europe and I am glad to be here, and in this context, my naming in the Golden Drum Jury makes me extremely happy,” said Jorg Riommi.

This year, Jorg was also part of the CLIO Awards’s Jury, in the Audio & Audio Technique jury, which gala will take place on September 28, in New York. During his 14 years in the advertising industry, Riommi was a juror also in festivals such as Dubai Lynx Awards, New York Festivals and Eurobest.

From 2014, since taking up the position of CCO at Publicis Romania, the agency won 60 awards at international and national festivals, such as: Cannes Lions, D&AD, Eurobest, Effie Awards, Fibra Awards, Golden Drum, Internetics, New York Festivals, ADStars. Some of the awarded campaigns are: Street View Test, Shop like a Jedi, Bernie Speed Test, #seatbeltb00bing.

Prior to coming to Publicis Romania, Riommi spent three years as executive creative director at Saatchi & Saatchi Frankfurt (in the last year also coordinating the Berlin office), where he successfully contributed to the evolution of Saatchi Germany form the 38 place, in the 2011’s creative top, to the 5th place in 2013.

He has also worked for Saatchi in Rome and Puerto Rico and contributed to projects and communication campaigns for agencies from Madrid, Amsterdam, Paris, Copenhagen, Geneva, Brussels, Milan and New York.