Jazz signs the second campaign for Avon “Time from your time” 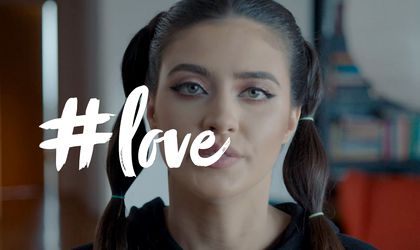 Last year, Avon and Jazz launched on March 8 the first part of the “Timp din Timpul tau” (Time from your time), starting from the reality that on her birthday the woman doesn’t need all kinds of useless attentions, even cute ones, instead she appreciates more that her boyfriend or husband offers her time, from his time. Antonia sings to men about how they can do household chores on March 8, by arriving right at the moment when they were thinking about what present to offer their loved ones. The campaign was a fast success, getting viral and conquering the YouTube Leaderboard and becoming one of the most awarded Avon campaigns in the PR, digital and creation festivals.

In 2018, Avon takes a step even further and becomes the first brand that takes attitude on a very hot and painful topic at the moment for couples: the time spent together that is invaded by the small and big screens. Even we stay next to each other on a couch, each one of us is looking on his /her phone. Even our couple posts and hashtags make the others be envious on us we don’t know what the other one is doing, what he/she really feels. But if we leave the telephone aside, many times, we don’t even know what to tell the person next to us when we look him /her into the eyes.

Avon’s plea this year is that March 8 becomes March 8ffline, the day in which he takes the first step and leaves the phone, looks into her eyes, listens to her and they “re-become a couple” in the real world. Time from your time becomes time spend together, truly, away from screens and filters.

“I must admit that I was the happiest by the chosen words. From the pitch stage and until the production stage not a word was changed from our proposal. That and the fact that the girls from Avon felt also the truth behind each of those words. So did Antonia, said Alina Varlanuta, group creative director at Jazz.

„The campaign talks about the authentic relationships. We encourage the people that the few time they have alongside the dear ones to take down every double tap in social media. On March 8ffline we will not count likes, but moments, memories and emotions,” said Ana Nicolae, Sr. PR & Advertising Specialist, AVON.

Besides the online clips, the campaign rolled on radio and on many Avon Space surprises, all in connection with the offline. Moreover, on March 8, Avon Space was for the first time offline.