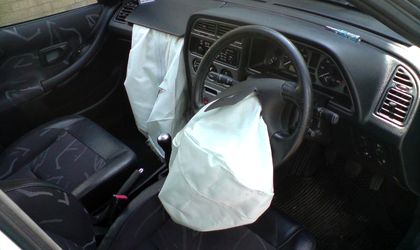 Japanese group Takata, which has two factories in Arad county, will hire over 380 staff. The factories produce steering wheels and seat belts. The Japanese group, which triggered the biggest auto recall in the industry due to malfunctioning air bags, will be acquired by US company Key Safety Systems for USD 1.58 billion.

Also this month, Takata announced it had 300 vacancies at its Sibiu factory, the group’s third in Romania. The Japanese group currently employs over 4,000 staff.

Last summer it was revealed that airbags produced by the Takata group have a risk of exploding and spreading debris when inflating. Moreover, it is believed that the devices caused at least 17 deaths around the world. The situation is caused by the presence of ammonium nitrate used to make the airbags, which becomes volatile after being exposed to heat.

The Japanese group will be purchased by Key Safety Sistems, which also operates three production facilities in Romania. At its two factories in Hunedoara, as well as its Arad factory, the US company produces the same components as Takata, namely steering wheels, safety belts and airbags. The US company also employs over 4,000 staff.

Key Safety Systems said it will keep almost all employees of the Takata group, spread over 23 countries. The move will create a large company with over 10,000 staff.