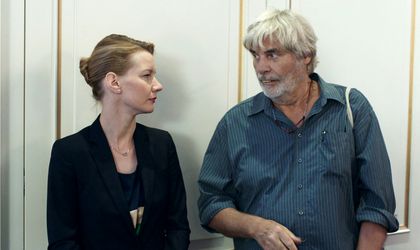 Hollywood A-lister Jack Nicholson will star in the remake of Toni Erdmann, the Oscar-nominated film shot in Bucharest, Variety announced. Nicholson, who hasn’t appeared in a feature film since 2010, could star opposite Kristen Wiig.

The original Toni Erdmann film starred Peter Simonischek, as an eccentric father with a penchant for practical jokes who wants to reconnect with his daughter, played by Sandra Huller, a corporate strategist working in Bucharest. In order to do so, he creates alter ego called Toni Erdmann and poses as daughter Ines’ CEO’s life coach.

The film, which premiered at the Cannes festival, already won a number of awards, such as the FIPRESCI Prize and the European Film Award. The pic has a Golden Globe nomination to its name and is currently in the race for best foreign feature at the Academy Awards on February 26.

Romanian producer Ada Solomon, who worked on the pic, said upon hearing the nomination: “For me it’s extraordinary that over 700,000 viewers in Germany and over 500,000 viewers in France were able to meet through this film a series of Romanian actors and a key character of the movie: Bucharest city, an extremely strong presence in the film with a completely different perspective compared to the one we are used to see on the big screen.”

According to Variety, Nicholson, who has been in retirement and is due to turn 80 this year, was “a huge fan” of the Oscar-nominated film and approached Paramount, which later secured the rights.

According to Variety, the film will be produced by Adam McKay, Wiig, Will Ferrell and Jessica Elbaum of Gloria Sanchez Productions. The original film’s team, namely Maren Ade, writer and director, will act as executive producers along with Jonas Dornbach and Janine Jackowski.

Paramount Pictures, which has acquired remake rights to the German-language film, has yet to announce a director and writer for the remake.