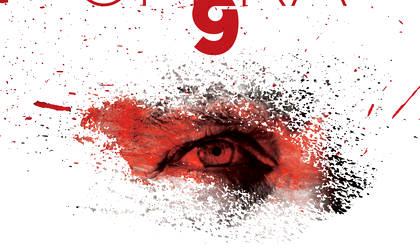 The libretto is written by Rucsandra Pop, the main source of inspiration being, of course, Enescu’s masterpiece, the opera Oedipe.

The Oedipus Myth was adjusted to our Zeitgeist, a mix of tragedy and absurd humor, as you may follow the hero, Iocasta, Antigona as well as other characters going through an unusual journey comprising, among others, a lullaby, a car accident, a psychotherapy session, a technologic contagion, an app that reveals your destiny or the blind man who sees the Truth.

OPERA 9 is part of the ongoing N-ESCU project coordinated by composer Adina Sibianu. The first performance of this new modular opera will take place on May 9, at the Cantacuzino Palace (home of the Enescu Museum – Calea Victoriei 141) at 7 PM.

The Death of Lajos – Cristian Bence-Muk (Cluj) for bass, mezzo and ensemble

The Death of Oedipus – Sabina Ulubeanu (Bucharest) for bass, mezzo and ensemble