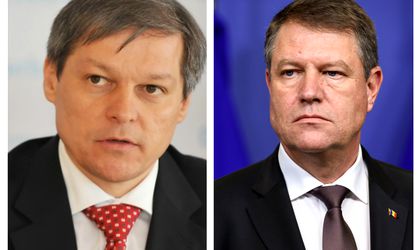 Romanian PM Dacian Ciolos and President Klaus Iohannis have expressed his condolences in a message to the families of those who lost their lives after the devastating earthquake that hit the Italian pensinsula in the early hours of Wednesday. The PM also said he found out with “profound sadness” that a Romanian citizen is among the victims, and others are injured or missing.

On Wednesday, the Romanian prime minister sent a message of condolences to the Italian Government to express his solidarity with the Italian people and compassion towards the families of victims affected by the earthquake, a press release sent to Agerpres informs. The PM also expressed condolences to the family of the Romanian citizen who died in the earthquake and said he is in permanent contact with the Ministry of Foreign Affairs (MAE) and with the Embassy of Romania to Italy, which is providing the Romanians injured or affected by the quake with assistance.

“In these tragic moments we stand by the Italian community in Amatrice and all Italian citizens, hit by the consequences of the terrible earthquake. We found out with profound sadness that a Romanian citizen lost his life too, and other are injured or missing after the earthquake that hit Italy. We stand by the side of the hard-hit family and by our feelow Romanians who are in distress. The MAE and the Romanian diplomatic mission in Rome will provide all necessary support and assistance. Our thoughts are with the people affected, Romanians and Italians alike, as well as towards those who are making efforts to rescue and help the victims. On behalf of the Romanian Government as well as from me personally, I send condolences to the families of those who lost their lives, and to those injured, a fast recovery and the strength to overcome the suffering. The brotherly spirit that links us will be our support to overcome the painful moments we are going through,” Ciolos said in the press statement.

In his turn, President Klaus Iohannis also sent a message of condolences to his Italian counterpart Sergio Mattarella. “It is with deep sadness that I found out about the earthquake that hit central Italy on the evening of August 23, which caused unfortunate loss of lives, injured, missing or evacuated people, significant material damage. Unfortunately, this earthquake of significant magnitude makes us recall another tragic event in the recent Italian history – the quake in Aquila in 2009,” the message of the Romanian head of state reads.

On Thursday, the MAE informed that another Romanian citizen was confirmed dead after the earthquake, bringing the total to two. Other four Romanians are receiving medical treatment and eight are reported missing. The Romanian authorities are maintaining contact with the healthcare units where the Romanian citizens are being trated via two mobile units sent by the Romanian Embassy in Rome and the Consulate General of Romania in Bologna.

Italian authorities reported at least 247 deaths following the 6.2 magnitude earthquake that hit central Italy on Wednesday morning. The quake hit Amatrice, a town and comune in the province of Rieti, northern Lazio, as well as Accumoli, where most deaths were reported, and Arquata del Tronto. A large community of Romanians lives in the area affected by the earthquake.