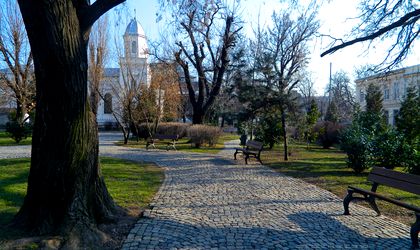 The Italian Embassy will auction for Nicolae Iorga park on Calea Victoriei, currently used as a public park, the price starts from EUR 5.5 million. The green space has a surface of 3,000 sqm and it’s in the ownership of the Italian state.

Bucharest Mayor Office or the district mayor office can attend the auction or the discussions with the Italian state if it wants to keep the park. If the park will be bought by a private entity, there’s a possibility of buildings constructions on that particular area.

Those who are interested can subscribe their offers at the Administrative office of the Italian Embassy at Bucharest until May 15, 12 PM.

During 2001-2013 were retroceded in Bucharest 36 hectars of parks and in the last 16 years were given back 23 hectars of green spaces/playgrounds, according to an inventory made by Bucharest Mayor Office.