IT market in Romania will grow by 12.7 percent next year, says Erste Group report 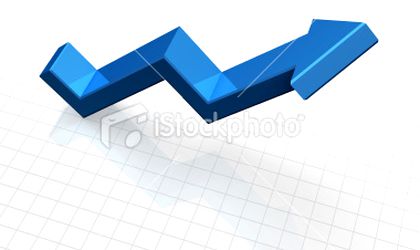 The IT market in Romania is set to grow by 12.7 percent in 2012, according to a report by Erste Group on the Central and Eastern European region.

The growth tendency all over the region is reflected by sound IT spending growth forecast for 2012, with countries like Poland (7.8 percent), Romania (12.7 percent), Bulgaria (15.0 percent) and Croatia (10.1 percent) which will lift overall growth rates.

‘’In general, CEE countries are expected to show IT growth of roughly double their GDP growth in future years, thereby at least narrowing the gap with their Western peers. It becomes obvious that EU convergence will still take years in most cases and drive IT demand in the region. Funding is thereby supplied by EU Cohesion Funds, which are used both for public IT projects as well as company-related IT investments,” says Daniel Lion, CEE Technology analyst with Erste Group Research.

In contrast to the main fundamental driver- EU convergence- a series of market trends have developed that are expected to back IT growth even in a negative environment. The drive behind most of these trends is mobilization and flexibility, of course also paired with lower costs and increased efficiency.

The growth driver number one will be cloud computing, which will be particularly attractive for SMEs and start-ups in Central Europe.

A second growth driver will be mobile communication networks, which are forced to develop dynamically. This goes hand-in-hand with the dynamic growth of smart phones, tablets and Internet-based applications like cloud computing, machine to machine communication, video streaming, or data and voice communication.

Thirdly, the increase in efficiency, operational and strategic excellence. The motivation behind this growth driver is the aim is to incorporate applications supporting higher efficiency at reduced costs.

Last but not least, growth driver number 4 are the EU funds which fuel public IT projects

The current Cohesion Fund program is set for the years 2007-13, with a net worth of EUR 308 billion.

Romania has been provided with EUR 252million for ICT projects.

Poland is the biggest beneficiary in the EU, receiving EUR 65billion net overall and about EUR 1billion related to IT. From 2014 on, there should be a new Cohesion Fund program, but, given the current political turmoil, there is some uncertainty attached to that.

Another country in the region, Croatia, has given access to EUR 750million for overall EU funded investments in 2007-2011.