iSense Solutions study: How preoccupied are Romanians with their appearance? 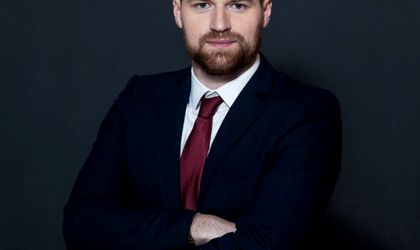 Almost half of the Romanians in urban area (48 percent) were in the last year at a beauty salon, where they’ve spent almost RON 130 a month, shows a study conducted by the company iSense Solutions. In the same period of time, 29 percent of the Romanians went to the gym for fitness/aerobic, while only 17 percent went to a massage center.

„Romanians become more and more careful about their appearance and the way they feel in their bodies and this situation is due in big part to the diversification and accessibility of the offers on the market. The expansion of the gym networks and saloons that open center closer and closer to homes or the offices, as well as the companies’ decision to include in the benefit packages’ deductions for the subscriptions at fitness gyms or other options that are encouraging a healthy lifestyle contributed greatly at the rise of the Romanians’ interest for this type of services,” said Andrei Canda, Managing Partner iSense Solutions.

The major services that get the Romanians interested in a salon are: haircuts (85 percent), eyebrow plucking (48 percent), styling (40 percent) and manicure (34%), while at the opposite side are the hair styling for special occasions (26 percent), pedicure (22 percent) and make-up (12 percent).

Looking at the age categories, the persons with ages between 18 to 34 are going more to the beauty salons (63 percent), compared to only 38 percent of the persons over 34. Moreover, the data on the regions show a bigger interest in the Bucuresti-Ilfov area (62 percent), followed by the South-East region (Braila, Buzau, Constanta, Galati, Tulcea, Vrancea). According to the study, 6 out of 10 persons unmarried / divorced / widowed went also in the last year at beauty salons.

When it comes to the Romanians preoccupation for sports, the study shows that on average, they go 8 times a month to a fitness/aerobic gym, where they spend around RON 129 a month. Men spend considerably more than the women on this activity (RON 149 lei vs. RON 107).

The fitness gyms are frequent especially by younger people (40 percent are in between 18 to 34 years old, compared to 23 percent that are over 34).  Moreover, this activity is practiced more by the ones with high personal income (49 percent of those who earn over RON 3.000 /monthly) or by the unmarried / divorced / widowed ones (38 percent).

The study was carried out online by iSense Solutions on a sample of 893 respondents, members of the ResearchRomania.ro Panel. The data are representative for the people over 18 years old, urban, Romania. The results have a +/-3.2 percent range error, at a level of trust of 95 percent.