Isarescu: Romanian economy not yet in danger of overheating 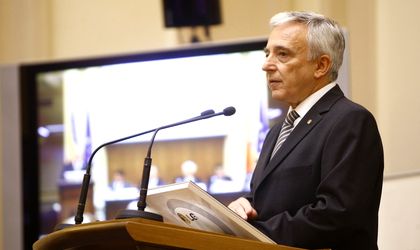 Romania’s Q2 economic growth in Romania exceeded expectations, that is why, a careful evaluation is needed in the event of an overheating, governor of the National Bank of Romania (BNR) Mugur Isarescu said.

Asked whether, given the current developments, the risks of overheating went up, the BNR governor said the signs are not visible yet, but did not exclude the possibility. „They are prehaps approaching, however, the figures we have only show the entry, with the margin of error that everyone must accept, given that Romania has a positive GDP gap. The demand deficit evaporated. For the moment, the excess of demand must be evaluated very carefully,” Isarescu said.

According to the BNR governor, the economy grew in Q2 2016 on the back of a boost in consumptio and investments, with an impact of the current account deficit. „Therefore, the net export increased thus the negative contribution to the annual GDP dynamics. From an offer perspective, the services sector is maintaining its major contribution towards the intensifying of economic activity,” the BNR governor stated.