Is poverty fading in Romania? The number of basic income receivers dropped 13 pct in one year, but experts don’t see fewer poor people 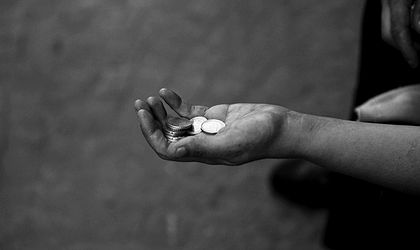 The number of Romanians receiving guaranteed minimum income dropped 13.4 percent between May 2017 and May 2018, to 205,007, as rapid economic growth creates jobs and reduces unemployment, but low social benefits could be the main reason for the limited number of people applying for state social welfare in Romania.

In May 2017, 236,779 individuals were receiving guaranteed minimum income, according to National Agency for Payments and Social Inspection (ANPIS) data, consulted by Business Review.

But the amounts paid to Romanian GMI receivers are very low even by local standards. The average sum paid in May 2018 to GMI receivers was RON 272 (EUR 58), down from RON 279 in May 2017, representing a small fraction of the average monthly income of the Romanian employees – RON 2,704 or EUR 583 in May 2018, according to official data.

The main reason for the decline of GMI receivers could be job creation and lower unemployment due to fast economic growth. Romania’s GDP grew by 6.9 percent in 2017, the highest rate among the European Union member states.

Romania’s unemployment rate fell to 3.48 percent in May, the lowest in 25 years, according to the National Agency for Workforce Occupancy (ANOFM).

At the end of May, 303,964 individuals were registered at local workforce occupancy agencies across the country but only 53,148 persons were receiving unemployment benefits.

But many experts point out these numbers don’t show the true scale of poverty and unemployment in Romania.

The trend does not appear to improve, driven by increases in disposable income for all households except for the poorest 10 percent.