iQuest posts EUR 16 million turnover for 2011, adds 100 to its headcount this year 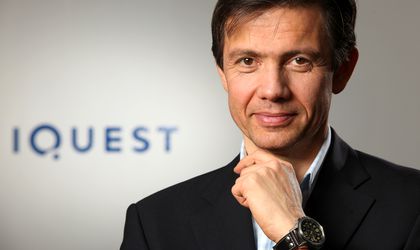 iQuest, developer of custom-made software solutions and services, forecasts it will end this year with a turnover of a little over EUR 19 million, 20 percent more on the previous year.

The company has several development centers in Romania- in Cluj-Napoca, Brasov and Sibiu (which was inaugurated in the fall of 2011). The headquarters of the company is in Frankfurt am Main and it also has consultancy offices in Bucharest and Göteborg.

This year, iQuest plans to boost its headcount by an additional 100 people who will work in all the above-mentioned centers.

“Ever since it was founded, iQuest has grown its team by 20 percent and 30 percent, and is continuously looking for talents. This year we will focus on growing our team in Sibiu where we started in 2010 with a team of 10 specialists in .Net technology, but we already have started to hire for other technologies as well,” said Cornelius Brody, CEO iQuest (in picture).

According to Brody, more and more clients in Romania and abroad are starting to look more closely at offshoring, evaluating with a keen eye the estimations of total costs of ownership (TCO) of a project.

“The TCO includes the entire effort of communication, organization, changes in demand, fixing- costs which are not transparent at the time of the offer and can only be assessed only after a longer time of working with a partner. So, we are noticing a large number of clients who, especially insofar as complex projects are concerned, are looking for long-term partners who have the same cultural values,“ said Brody.

Thoughtworks: “As Romania has become a major exporter of software, we aim to...