Iohannis: Justice minister has no reason to challenge my refusal to dismiss DNA chief 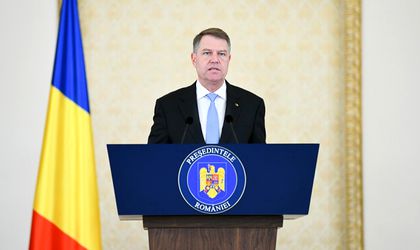 President Klaus Iohannis said today that there is no basis for the Justice minister to challenge his decision not to remove Anti-Corruption Agency chief Laura Codruta Kovesi from her position, after the minister had presented a report with the reasons he believed she should not continue to lead the institution.

Justice minister Tudorel Toader had said that he would challenge Iohannis’s decision at the Constitutional Court, but the president claims that there is no constitutional conflict because the law was followed.

“The law leaves the decision in the hands of the president. It would be particularly strange if every time a decision-maker made a call that another decision-maker doesn’t like we found ourselves in front of a constitutional conflict. That is out of the question. We can understand that the Justice minister is personally dissatisfied that his removal proposal was denied, but there’s a long way from this to a constitutional conflict.”