Interview | Thomas Kolster (Goodvertising author): “Romania is punching above its weight and I think that is great” 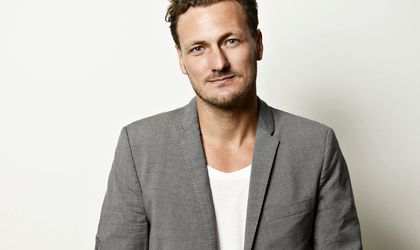 Author, speaker, critic, known as Mr. Goodvertising, Thomas Kolster is an adman on a mission. Counting more than 15 years of agency experience his belief is that the communication industry has a pivotal role to play in promoting a more sustainable mindset and behaviour, and that by making advertising better we can make the world better. His book “Goodvertising” is the most comprehensive book to date exploring communication for good. The Huffington Post recently dubbed him “Inspirational Leader”.

Did the concept of goodvertising changed since the moment you created it and now?

When I did the book I wanted to focus only on advertising for corporate brands that did good or classical sustainability communication, but it was also important to have nonprofit work there, so in a way it became about all sort of campaigns that did good, something that was not the initial intention. From the very starting point, it’s great that for the first time in the history companies used innovation and their corporate power to do good.

From 5-6 years ago, but especially in the last 2 years, I’ve seen more and more companies do this type of work, because when you did the research back then it was really difficult to find any good campaigns and examples, while today I can share examples from all over the world. I’ve even seen some interesting stuff coming out of Romania. Something is really happening these days, even in places I wouldn’t expect to, in terms of companies owning up to their responsibilities and realizing that advertising is not about people demanding more.

So what do you like about the Romanian advertising?

Some of the examples are from banks. I see companies trying to things around sensitive areas, such as the gypsies. I’ve seen telephone companies starting to do recycle programs. I’ve always thought there will be more focus on corruption, I think that will be a real interesting subject to bring up.

Probably a lot of the movement has been led by the international companies. For the Romanian companies there is a lot of potential to catch up. Being local I think that is something that across the globe is really important.  There was a bank that was looking into how it could help bring electricity to the old villages.

Do you believe that some companies are going on this trend just because it is a big trend, not because they feel in their core that they have to go on that direction? How long do you think it takes a company to do it from the core?

For me is definitely not a trend. It’s about survival. If we look at the digital transformation and how that has sculpted multiple companies and stirred up completely new things like Uber and airbnb, I think we will see the very same thing when it comes to sustainability. We are at the very threshold of that. If we look at the big, global mega trends that are going to shape up our society, it’s definitely population growth, urbanization, economic change from the G7 to the merging 7. And all of those things have to do with sustainability. And the transformation is so rapid. Many times when I do my key notes I use this example from back in 2013: people said that they grew beef out of muscle tissue. And one beef patty, one burger costs USD 325.000, so not affordable for a lot of people. But today, 3 years after, it costs USD 11. And maybe in 2-3 years’ time it will cost 1 dollar. And then is actually cheaper and more efficient to produce the meat that way then through agriculture.

I think that we in a quite exciting phase, where we get smarter and smarter, and for the companies that don’t see that and don’t turn around then in a short time will lose business and clients. Now, Silicon Valley with the self-driving cars and other new projects, is built more and more around innovation and smarter businesses. The turnaround of course takes time, but, as I often say, people get exhausted and scared when they feel they don’t have a purpose, but everyone has the possibility to change, so you don’t have to be born with it. Every company can be turned around.

You need to have a visionary CEO and a board who gets it. From my perspective, the biggest problem is the shortism, the people thinking too much about sales right now instead of looking to 3-4-5 years into the future.

What is in your opinion really bad advertising and if you can give us some examples?

I don’t like when advertising doesn’t bring something new and valuable to the table. Products are commodities these days, what you pay for essentially is the brand and sometimes the taste. We are now at a stage where we are smart about what impact it has the advertising and the product itself. I absolutely still hate those advertisers who get into that mentality that they can push the products without delivering any extra value, without thinking about that impact. I think it’s essential for any brand owners to think about what is the value of the advertising they are doing and the value of the product they are bringing to the market.

I could look at companies like Pizza Hut and Burger King that are expanding quite heavily in Eastern Europe. I am not a big fan of their business model, I think that they prey on uneducated people and, unfortunately, serve them unhealthy food, because they are not able to do that in the European markets anymore. They do that in Asia as well. I think that is a very short-term approach and I don’t believe that people are going to forgive them for that.

I am also not a big fan of the cigarette companies. In a time when people believe that they are struggling, I think that they sell as many cigarettes as before. For me, it’s just a bad product.

How do you think that the Danish advertising is different from the advertising in the rest of the Europe? What are its particularities?

It’s very difficult to point out certain traits of the Danish advertising. It’s a small market and a lot of the works are very internationally oriented. The consumers are more demanding, in Denmark organic is a really important and big topic, we are the country that buys the most organic in the world. The organic cloths for the children are very important. The transport is different here, you’ve seen the bicycles…

We’ve gone through a very consumerism mindset, where you would just buy I lot of stuff and throw it away, and finally now we are getting a little more sensible. Even I, in my generation, when I grew up, I was inheriting my brothers’ clothing, some of those stuffs being forgotten, but are getting revived again. There are a lot of sharing platforms in this collaborative economy.

Social entrepreneurship and social businesses are something that are becoming very important for people and, in general, a theme like the localism one ( you want to know where your stuff come from, who produces them, in order to feel more connected with the products and the brands that are local). These are some of the trends that I see.

In Europe you are challenged with some trends that are really important, one of them being the ad blocker. And this raises the question of how do you come up with new ways of raising money for the media, a really big issue on the market at this moment. And secondly, the ownership structure has changed dramatically, with Google and Facebook and a lot of this type of channels being really influential, more and more money are moving outside Denmark that usually went to Danish-owned media corporations.

Currently, the way that our industry is responding to those trends is really immature. I think that we are not listening to people generally saying no to advertisers. I think we need to answer the question “what is the value of the advertising?” and bring back the value into the advertising, because if you don’t do that, why bother? If there is no value, people won’t look at it.

I recently did a conference in Brussels and there were about 1,500 people in the room, 1,200 of them being professionals, and I asked them if they use ad blocker. And about 10-15 percent raise their hands. But they were also 300 students from marketing and advertising schools and universities and almost all of them raised their hands, so if we think is bad now we should realize that is getting worse with the new generation.

That’s way, for me, goodvertising is a way to put back value into the relationship and really explore, understand what are the companies delivering and getting back what it’s been lost.

During your visits to Romania have you seen any differences in the advertising and the way that the people perceive this world?

The world is getting really small and what I’ve seen from travelling everywhere are concepts and trends crossing boarders at an enormous pace and a lot of them are picked up in Romania as well. I’ve seen lot of interesting things happening, works that succeed in Cannes and other important festivals. Romania is punching above its weight and I think that is great.

It would be great to see more Romanian companies rather than international companies during exciting stuff. I remember for example Rom from Cannes some years ago.

He’s an experienced keynote speaker featured at events such as SXSW, Eurobest, ad:tech & Sustainable Brands, a columnist for the Guardian and several other publications and a regular judge at international award shows. At the Goodvertising Agency, he’s helping companies, non-profits and agencies understand this new reality while launching world-bettering initiatives himself such as WhereGoodGrows & Cph:Change. He is also Founder & Program Director of Sustainable Bottom Line Conference and Member of the Board of the CSR Association Under Huset Markedsføring.