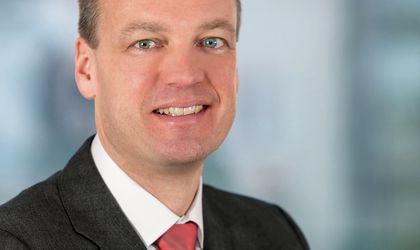 Steen Hjortholm, managing director at Philip Morris in Romania, tells Business Review about the impact of the Tobacco Directive on the local market and explains the negative effect of the cigarette black market for the local industry.

What are the main fiscal implications of the transposition of the Tobacco Directive at local level?

The Tobacco Products Directive is a complex legislation, for which the objective is to improve public health by increasing awareness of the risks associated with smoking. This, combined with the effects of the new law which bans smoking in public places, could translate into a decrease of the cigarette market. As such, this will be reflected in the state budget revenues collected from tobacco taxes, which will proportionally decrease. I am confident that both the fiscal and social implications of the new pieces of legislation will be equally considered by the Romanian legislators.

What are the main changes in the process of manufacturing and packaging cigarettes, as per the provisions of the Directive?

The main changes are those related to packaging and labeling. The Directive introduces larger health warnings and cessation messages, which must cover 65 percent of the front and back and 50 percent of the sides of cigarette packs. Also, there will be new rules for reporting the ingredients used in the cigarette manufacturing process.

How much do you think the tobacco manufacturers in Romania would have to invest in order to make these adjustments as per the EU Directive?

From a financial point of view, it is very difficult to estimate a number, given the particularities of the supply chains of the tobacco companies in Romania. The biggest issue we are facing at this point is related to timing, namely the very short period of time we will have to comply with the new requirements.  The deadline for the transposition of the Directive is May 20th, 2016 and it coincides with the date from which only tobacco products compliant with the new law can be produced. Today (March 8th) the draft transposition law is in the Senate and has to undergo the parliamentary procedures in both chambers. I cannot estimate how long it will take until it will be promulgated and published in the Official Gazette, but looking at other legislative processes, I can say we will have very little time to adjust our production, which will put significant pressure on our factories.

In the context of the Tobacco Directive, how do you think the market will evolve in 2016, but also long-term?

The cigarette market has a general descending trend, in line with demographics and overall societal development, not only in Romania, but also worldwide. On the other hand, people might also be interested in switching to new generation products which allow adult smokers to continue to enjoy tobacco, particularly products with a potential to significantly reduce the health risks associated with smoking conventional tobacco products. In our desire to be the leader of this new market segment, Philip Morris International has invested more than USD 2 billion over the last eight years in the development of our reduced-risk products. A leapfrog innovation is iQOS, which uses state-of-the-art electronics to heat a tobacco stick to less than 250 degrees Celsius to generate a flavorful nicotine-containing aerosol. This allows for continued enjoyment of authentic tobacco pleasure, but no fire, no ash, no smoke and less smell. iQOS will create a revolution in tobacco consumption, and I can proudly say that Romania is the fourth market in the world (after Italy, Japan and Switzerland) in which iQOS was launched, which shows that our company’s ambition in the Romanian market is very high.

How did the business of Philip Morris in Romania evolve over the past years?

Philip Morris operates two entities in Romania: one which handles the production of cigarettes (Philip Morris Romania SRL) and one, the distribution (Philip Morris Trading SRL.) The production facility in Otopeni, which supplies cigarettes to 18 markets, including Romania, is a model throughout PMI in terms of efficiency, sustainability and quality of the products manufactured there. The production capacity has been increased year on year, through significant investments, and this trend will continue in the future. In terms of commercialization, Philip Morris’ share of market in Romania has, after some years of decline, turned around with a very promising performance in 2015. Combined with the iQOS launch, it gives us a solid base for the future growth of Romanian business.

How stringent is the issue of illicit trade in Romania? How big is the estimated black market for cigarettes in Romania?

It has the potential to become very severe. After a peak of more than 36 percent back in 2010, we have, through joint efforts of collaboration between law enforcement agencies and the tobacco industry, kept the level of illicit sales relatively stable, around the range of 12-15 percent. Our latest study (performed by Novel Research in January 2016) however, shows that the illicit trade is again on an ascending trend, reaching 17.8 percent of the total cigarette market. Compared to the EU average of 10 percent, that is already very high and it might further increase if it gains sustainable presence. Let’s not forget that the illicit trade generates sizeable funds for organized crime and terrorism. Unfortunately, the one who loses the most in this equation is the state budget, because the amount of uncollected tobacco excise is in the region of EUR 500 million per year.

What would need to be improved in this area?

I am of the opinion that the Romanian legislation in this area is very solid. As it can be seen also in other sectors, the main issue is the enforcement of the law. Tightening the controls in places where smuggled cigarettes are usually sold (open-air markets, public transportation stops etc.,) would certainly give a boost to the fight against the illicit trade. One other thing that can always be improved is the border control, which can bring instant results by reducing the availability of illegal cigarettes in Romania. Besides the obvious benefits for the state budget, a significant decrease of the black market would also help Romania’s efforts in joining the Schengen area, as it demonstrates the country’s ability to effectively secure its borders.

Philip Morris in Romania in figures:

Number of employees in 2014: 838 (combined for the two Philip Morris entities in Romania).

Steen Hjortholm has 19 years’ experience with Philip Morris and more than 16 years senior FMCG experience in the CEEMEA region. He returned to Romania last year as managing director of the company on the local market. His previous experience includes regional management positions in the areas of Africa and Levant, based in South Africa and Jordan respectively, as well as a country management position with Philip Morris Hungary. In 1998 he came to Romania for the first time, as he was appointed Manager Distribution.