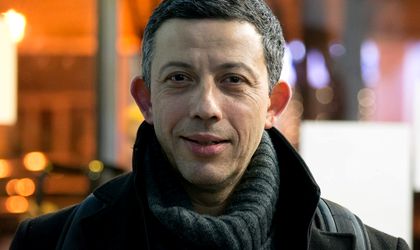 Due to the uncertain situation of the Romanian cinemas, the organizers of One World Romania made a manifesto called “Movies on a towel” to underline the immediate necessity of a new law and funds for revitalizing the urban spaces where movies can be screened. Business Review went behind the camera with director Alexandru Solomon, the director of the festival.

How much did the law 282/2015 regarding the closing of public spaces which were under seismic risk have affected One World Romania festival?

The closing of cinema Studio and ARCUB centre from Batistei Street and the unclear situation of Cinema Pro, where we opened the festival in recent years, was a serious blow for us. But these measures are actually the result of non-urban and cultural policies of the last 25 years. The authorities reacted as they were taken aback by the imminence of an earthquake in Romania or by the disastrous state of the infrastructure. It’s not possible to close cinemas and theatres overnight without providing an alternative. Equally outrageous it is that these spaces were closed, but no one seems concerned about the fate of hundreds of families living under the same blocks above them. We had to quickly adapt and be creative. We did not want to resort to patchwork solutions. One World Romania is a festival that likes to take risks and be inventive.

Is the public of One World Romania willing to discover new places to see documentaries? How was the grand opening of the festival at MNAC? But the Embassy you organized in Universitate Square?

We believe that our public is very open-minded. We believe that there is an audience for creative documentaries on issues such as human rights outside the known places. Therefore, we pitch a tent in Universitate Square and we first held screenings at the mall, at Hollywood Multiplex. At the mall, there were people who first heard about the festival or first saw a different kind of documentary. Entire nineth ​​edition was placed under the sign of “the abuse” boundaries: the boundaries of the documentary genre, the borders of our own minds. We have included in the program films in virtual reality, video games, documentaries, performances and concerts with music from the Middle East, where waves of refugees are coming to Europe. The opening from the MNAC was thought in this eclectic direction without borders. It was a great public success, where over 1,200 people attended.

Why movies on a towel?
As one of the festival’s guests, Rob Key, said, we do not want to get in the situation of designing our movies on a towel due to the lack of cinemas. I felt the need to protest in this way against the absence of an urban, cultural policy. I should add that besides the pushing of the culture to the periphery of the Bucharest’s life, the documentary cinema hits also the obtuseness of the Romanian public television, who does not understand that the programming of documentaries is part of its mission as a public office – as a mirror of the society and a window to world problems.
What were the reactions of the foreign guests on your manifesto with movies on a towel? How they see the situation of the lack of cinemas at the moment?

I enjoyed very much not only the solidarity of the foreign guests who have grasped the problem, but also the presence of independent artists, as Vava Stefanescu and Gianina Cărbunariu, who have problems with the lack of space in their fields, dancing and  theater. Nowhere in the world is easy for these categories, but the situation in which they reached in Romania surpasses all imagination. The guests could not understand how is possible that the Romanian film, which enjoys great prestige and international circulation, cannot reach audiences in our own country.

What solutions do you see as possible and immediate as film festival organizers for the lack of cinemas?

It takes political will and cooperation between the municipality, the Ministry of Culture, Parliament and other authorities directly involved in the problem. Bucharest, like other cities in the country, does not have a concrete urban plan for the rehabilitation of the old center, a plan that could be immediately implemented. Today’s downtown city is mostly abandoned. Certainly, there are financing options that have not been accessed. The fact that large sums were invested in the renovating of the National Theatre in Bucharest – where they created seven scenes – shows that this kind of things can be done. But the living culture grows and manifests itself in small alternative spaces, free of megalomaniacal ambitions. A small building with two to three multi-purpose spaces for dance-theater-cinema, for example, where independent artists and cultural organizations can go to realize their projects is an emergency for the town. Maybe on a municipality level, together with the ministry, it can be created a special fund for independent organizations to equip a cultural space and the authorities can assist them to reach the required safety standards. I see every day in Bucharest large spaces abandoned, empty buildings that could become cultural hubs. It also needs clarification the property regime, thus being a legislative issue. We can only hope that it will be a desire to fix these things.