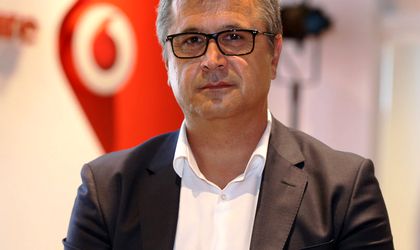 With the launch of Supernet 4G+, Vodafone customers will have an enhanced HD video experience on their mobiles, which is a substantial upgrade, given that at the moment video makes up 50 percent of data traffic in the Vodafone network. Catalin Buliga, technology director at Vodafone Romania, tells BR what the next steps in this technological evolution will be.

What are your priorities for this year as technical director of Vodafone Romania?

They are connected to increasing customer satisfaction and maintaining the superiority of our mobile network.

When do you think Vodafone will have full national coverage with the Supernet 4G+ service, which operates on two frequencies?

Supernet 4G+ is already present in Bucharest, in all the Romanian county capitals, as well as more than 330 other towns. Our investments in the network and the new technologies that should bring benefits to customers are ongoing and substantial. The expansion of 4G+ coverage will continue and the speed at which we will do that will reflect the adoption rate of 4G+ handsets.

What types of phones that are compatible with Supernet 4G+ do you have available? 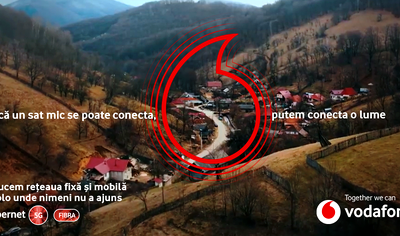 Read more about
150,000 people in rural areas benefit from Vodafone 4G services and 21,000 households have been connected to the fixed internet network
read more

The handsets that are compatible with the 4G+ service are all 4G handsets of category 6 (CAT.6 ) or category 9 (CAT.9), and their technical specifications include the LTE B3 (1800MHz) and B20 (800MHz) bandwidth. Many of these phones can be found in the Vodafone range, and here I can list offhand several models from the main producers: the Samsung Galaxy S5 NEO LTE-A, Samsung Galaxy S6 and S6 Edge, Samsung Galaxy S7 and S7 Edge, iPhone 6S, iPhone 6S Plus, HTC One M9, HTC 10, LG G4, LG G5, Huawei P9, Huawei Nexus 6P, Vodafone Smart Platinum 7, Sony Xperia Z5 and Z5 Premium, Motorola Nexus 6, Microsoft Lumia 950, and Lumia 950XL.

How can business customers use the Supernet 4G+ service?

How has the location of Vodafone’s antennas evolved since the Supernet 4G+ launch?

How do you see the evolution of video consumption in the Vodafone network, based on the data you have so far?

How many white areas did you cover with the Vodafone license, and what internet speeds will be available to customers in those places?

The speed of implementation of this project has been and remains affected by aspects over which Vodafone has no control, such as the very long process and the obstacles in the way of obtaining construction approvals and authorizations. The internet speed available in these areas starts from the minimum value imposed by the authority for regulation in communications.

You predicted that by 2020, the 5G standard will already be functional on the market. How will the telecom market and the life of the consumer look at 5G standard?

The 5G launch will transform concepts such as Gigabit Society, Digital Society and Internet of Things into reality. 5G technology means two new things: Gbps speeds on a mobile phone and transmission delays of 1 ms. Try to imagine what you could do with these new capabilities. Very many things around us will be connected to the internet, automatized, controlled from a distance. HD video transmission in any mobile point and from any mobile point in real time will be possible and will open the path to new services and applications. Concepts such as the autonomous car, video monitoring and transport drones and many other things that today seem difficult to achieve will become possible. From the point of view of communication technologies and the telecom market, I believe that the launch of 5G will be an important change.