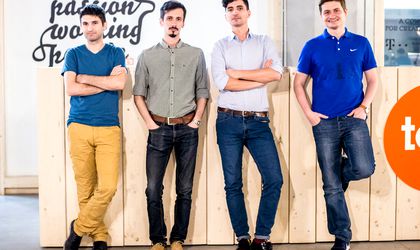 A team of Romanian entrepreneurs has launched a free city tour exploration app that helps you discover authentic places and stories by going on a quest. Each quest is a walking tour where you have to solve clues for finding the most authentic local places and stories. Business Review talked with Alex Govoreanu, chief play officer of the Questo app, to find out what’s next in terms of travel experience.

How did you come up with the idea of an alternative city tour?

I’d say it was a eureka moment! Nothing planned, just a product born out of a need we felt while traveling around Rome. It was the fourth day of our trip, when we finally asked our Airbnb host to recommend an authentic experience in the city, something where we could meet and listen to Italian people, eat good food and walk around the city together with locals, not with other tourists. It was then when we realized how important it is to receive local recommendations while traveling to a different city. And from then onwards, Questo started to take shape and has become what it is today: a storyteller that guides you through a city in a local’s shoes.

Who is the Questo team?

The core of the team is composed of four co-founders: Claudiu Petria (Chief Explorer Officer), Alex Govoreanu (Chief Play Officer), Lucian Gruia (Chief Technology Officer) and Tavi Anghelus (Head of Design). Together with them though, there are many more working on different tasks, from app development to copywriting.

You declared that the investment in the app has so far been EUR 70,000. How can you transform this app into a profitable one?

The answer would be by convincing more and more people to use Questo to explore cities around the world.

What are the biggest challenges for developing the app at this point of the project?

Right now, the hardest challenge for us is to get Questo in as many international cities as possible. We already have a working model in Romania, which helped us validate the idea. Now, we want to take it a step further and go global. Only in this way, our product will be able to change the way in which people explore cities.

Have you met with local authorities? Are they willing to invest in such a product? How about the officials of the Ministry of Tourism?

We met with a few local authorities along the road, but as expected, their willingness to collaborate is quite low, even though we offered a free of charge partnership for them. Of course, there were some positive examples too, but less than 10%.

By comparison, local authorities from other countries are not only more excited about what we do, but they want to pay us too. In terms of why is this happening, we found a major difference in working with these authorities, which is that abroad, even the smallest community has a city marketing department, whereas in Romania, even large cities don’t.

You receive a lot of reviews and feedbacks from the users. Can you tell me one that really impressed you?

Yes, one of the most inspiring feedback we received came from a student in Cluj, who wrote to us after launching our quest there. He was very happy because he had discovered the story of an old house right across from his school. A house by which he had passed a million times before, without knowing its story.

Which are the future plans of the app?

Grow, grow, grow! Not just in Romania, but internationally. And we’re not talking just in terms of downloads or users, we are talking about new cities, new quests and new partners. At the same time, we will continue to grow our team and offer support to our treasure hunt event which is coming soon.