Interview. Affan Yildirim (Anchor Group): We are prioritizing residential projects, at least for the next two years 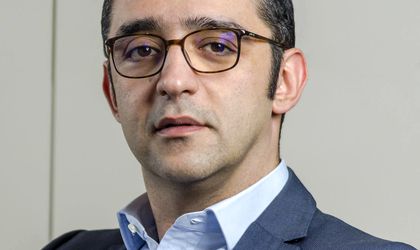 Affan Yildirim, general manager of Anchor Grup, tells Business Review about the company’s projects on the retail, office and residential market and highlights the major achievements of Anchor Grup on the Romanian real estate market.

How much has Anchor Grup invested in Romania in the last 20 years? What strategic decisions have been taken on the local market in this period?

In our 20 years of activity in Romania, we have invested over EUR 400 million. The strategic decisions were numerous, starting with our initial project: the development of the first modern shopping center in Romania. Two years after Anchor Grup was founded, we inaugurated Bucuresti Mall. It answered the existing demand for retail spaces together in one location (the ability to buy products from groceries to clothes and domestic appliances from the same place). Bucuresti Mall also became an urban landmark and the meeting place for trendsetters and fashionistas. Our second mall, Plaza Romania, was intended to be the shopping destination for an entire community: families and groups of friends could shop and pay utilities bills, as well as enjoy the entertainment provided by Movieplex Romania, the first Romanian cinema to show 3D movies.

Apart from our reorientation toward office buildings (Anchor Plaza, Plaza Romania Offices, Metropol) and residential spaces (the premium complex InCity Residences), the renovation of Bucuresti Mall and Plaza Romania was another strategic decision. Refurbishing the two malls while still keeping them functional was a premiere in Romania, thereby consolidating Anchor Grup’s position as a key player among developers.

This process required investments of over EUR 30 million, divided roughly evenly between Bucuresti Mall and Plaza Romania. The purpose of the renovation was to improve the usability of the space, both for customers and tenants, as well as to refresh the look of our malls, bringing it into line with current trends and clients’ demands. Furthermore, our tenants followed suit. Some 80 percent of them decided to refurbish their stores in order to bring the latest shop design into the two malls.

Moreover, the renovation involved our first conversion of a retail space into an office space, a premiere for Anchor Grup that resulted in Plaza Romania Offices. More than half of its GLA (10,600 sqm) is now occupied by Mega Image.

What were Anchor Grup’s main financial results in 2017?

The turnover increased by approximately 12 percent from 2016 to 2017, when it surpassed EUR 39 million. Today the group has 126 employees. Another important result was achieved through the optimization of the tenant mix in both malls: Bucuresti Mall and Plaza Romania have 99 and 97 percent occupancy rates respectively.

What are the group’s business priorities for 2018?

We are focusing on our ongoing residential projects. We have started the construction of a new residential complex on a plot of approximately 8,000 sqm close to InCity Residences. We have planned for the new complex to include over 200 apartments in several buildings with basements and several upper floors.

Furthermore, another project that is a priority for us in 2018 is Pallady Towers. This residential complex, situated on the Theodor Pallady Boulevard in Titan, will have two blocks with 200 apartments. The first stage of the Pallady Towers project, which has 109 apartments, started in the autumn of 2017 and will be available for owners to move into in September 2018.

Another one of Anchor Grup’s objectives is the prioritization of the sustainable growth of our turnover, while continuing to rely only on internal capital resources.

What were the results of the Bucuresti Mall and Plaza Romania shopping centers in terms of sales and occupancy rates in 2017 and what are the targets for 2018?

The approximately 4 percent increase in both malls’ occupancy rates naturally led to an increase in footfall and the amount spent on purchases. As far as tenants go, we have the largest Meli Melo Deco, Mango and Douglas on the market, and our customers were happy with the extensive array of products they could find. In 2018, World Class will open a new fitness club in Bucuresti Mall, which required an investment of EUR 1 million, and we are interested in seeing the results of the convergence of this new segment of clients with our first shopping center.

What’s Anchor Grup’s investment strategy in the residential segment? Are you planning additional investments, and, if so, in what locations?

Yes, we plan to continue our expansion in the residential sector in 2018 and 2019. Anchor Grup also owns plots in Voluntari, Fundulea and Berceni. In the medium term, towards the end of 2018, we plan to develop a series of luxury residential projects on plots that have already been purchased.

Is the group planning to expand its presence in the office market?

As far as the office market is concerned, our priority this year is Anchor Plaza Metropol. Works on the building were halted in 2009, but we have kept it all this time and performed yearly technical assessments. In 2015, works resumed and, two years later, the electric and mechanic installations were set up, as well as the façade. However, construction was not completed. The building has a rentable area of approximately 35,000 sqm and, as such, is suitable for large lessors, such as a private hospital or a hotel; therefore Anchor Grup’s intention is to complete it according to the specifications of the future tenants. That allows us to obtain maximum flexibility regarding the possibility of adapting the building to the requirements of the lessors. When it is delivered, the new building will double the area of the group’s current office space portfolio.

How does Anchor Grup perceive the development of the real estate markets outside Bucharest? Is it interested in developing projects in other Romanian cities?

We have noticed increasing demand for office space in the Romanian cities that are renowned for their universities – such as Cluj, Iasi and Timisoara – and this is largely due to the expansion of IT companies, which go where their potential employees are. However, this trend does not necessarily apply to developers. As one of the key players in this field, we are always open to new and exciting opportunities, but as far as the present and near future are concerned, we do not intend to expand our portfolio beyond Bucharest.

What’s the group’s outlook on the local real estate market? Are there any trends that investors should take into account in the next few years?

One trend, which we anticipated, should be obvious from our objectives: we are prioritizing residential projects, at least for the next two years. It is a market that stands out because of its stability. The previous crisis has made people more cautious when it comes to buying apartments: they no longer buy them in order to resell them three months later for 10 percent more. Buyers’ decisions nowadays are much more informed. For example, we had some customers who took as much as six months of discussions in order to make up their minds about InCity Residences. The banks are aware of this trend and are therefore willing to finance worthy residential projects.

Another example is relevant to the residential market. If you buy a flat in a Central or Eastern European capital and rent it out, you get the return on your investment in 20 to 30 years. If you do the same in Bucharest, you get the return in about 12 years, or a maximum of 17 years, if it’s a luxury apartment. As far as residential projects are concerned, Bucharest remains full of opportunities for investors.